Tens of thousands of jihadists trying to get to Europe, Lebanon says 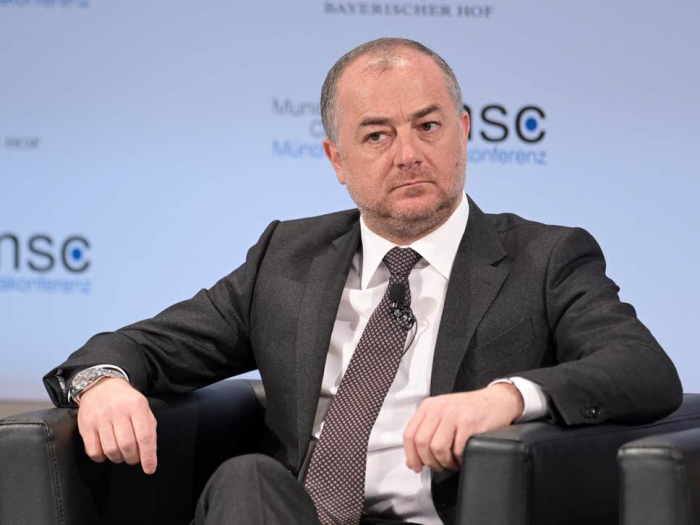 The defeat of Isis in the field has opened another chapter of Islamist insurgency with “tens of thousands” of fighters seeking to move to Europe and Africa to continue jihad, the defence minister of Lebanon has claimed.

Members of extremist groups, warned Elias Bou Saab, are trying to use his country as one of the conduits to new arenas with attempted infiltration across the Syrian border showing added impetus since the declaration that the caliphate has been defeated by US-led forces.

Mr Bou Saab pointed to other developments in the Middle East exacerbating an already highly tense situation: the confrontation between America and Iran; the Trump administration moving the US embassy from Tel Aviv to Jerusalem; recognition of Israeli occupation of the Golan; flaws in the Israel/Palestine peace plan presented by the president’s son-in-law Jared Kushner; and sanctions on Hezbollah officials by America.

But the threat from extremists remained the most immediate concern, held the minister.

Escaping fighters using Lebanon, which borders Syria and Israel, to get to Europe and Africa would have to cross the sea by boat which necessarily risks interception and arrest; a hazardous journey, despite the fact they will be disguised as civilians. Boats carrying refugees have been intercepted, or have capsized, attempting to reach Cyprus from Lebanon in recent years.

According to the United Nations, some 40,000 foreign volunteers from 110 countries travelled to Syria and Iraq to join Islamist groups: the International Centre for the Study of Radicalisation (ISCR) at King’s College, London, estimated that 42,000 including women and children were linked specifically to Isis.

Estimates of the total force of Isis, including Syrians and Iraqis, at the height of its power ranged from 60,000 to 200,000. Many of them, including foreign jihadists, have been killed or imprisoned. However, James Jeffrey, the US special envoy to the Global Coalition To Defeat Isis, claimed in March this year that up to 20,000 “armed adherents” of Isis remained, many in “sleeper cells”.

General Joseph Dunford, the chairman of the joint chiefs of the US armed forces, has stated that there are 20,000 to 30,000 fighters left in Idlib, the last Islamist enclave in Syria.

A pro-Assad regime Syrian MP, Fares Shehabi, maintains there are around 100,000 fighters in the area, but that figure is generally considered to be far too high.

There has, however, been very useful military cooperation with the UK, said Mr Saab, with the British military training Lebanese forces and building security towers at the Syrian border, all of which has helped cut down on smuggling of both people and contraband. Talks are now being held on the next stage of the project which will involve installing security sensors and carrying out patrols on the ground.

Mr Bou Saab was speaking during a visit to London during which he met Penny Mordaunt, the defence secretary, Mark Lancaster, minister for the armed forces, and General Sir Nick Carter, the head of the British military.

Jihadist infiltration and intelligence sharing also featured prominently in the talks, said the Lebanese minister: “We have had very good results through the towers and border security with the help of the British. We have arrested people and they have spoken about using Lebanon as a platform to move elsewhere, to Europe or to African countries.

“There are tens of thousands of them now trying to find a way out of Syria, because they are certainly losing the military war, using our country and other routes like Jordan and Turkey. They can turn into civilians, become unrecognisable, move across borders, appear somewhere else and carry out attacks.”​“Almost every country in Europe had people join [jihad]: these terrorists got married, had children, they left families

“So we have all these people, tens of thousands, with their ideology which can be transferred anywhere in the world through the internet. This is the future threat the world is going to face. Each country needs to have a proper solution for its citizens; it may require amending laws in different countries.”

Mr Bou Saab wanted to highlight that Lebanon has itself recently experienced violence from jihadists.

“We had an attack in Tripoli a few weeks back: we lost two soldiers and two police officers. This individual [the attacker] went to Syria via Turkey, came back and was arrested. After prison he carried out the terrorism and we discovered he was not alone, he communicated with a terrorist group – these are people who are not limited by geography,” he said.

From a wider perspective, the Lebanese government is fully aware of the risk of being caught up in rising tension in the region with the confrontation between Washington and Tehran, said the minister.

“We certainly hope that doesn’t happen. We would like to dissociate ourselves from all sorts of regional conflicts,” he said.

“At the same time we would like to play any positive role we can to encourage dialogue and find a peaceful resolution to what we are seeing at the region at the moment.”

The Trump administration has recently placed sanctions on three senior Hezbollah officials for allegedly “supporting Iran’s malign activities from within the Lebanese government”.

On Friday, the Treasury Department also said it was issuing a $7m reward for information leading to the capture of Hezbollah operative Salman Rauf Salman.

The action fell on the 25th anniversary of an attack Salman is said to have coordinated on a Jewish centre in Buenos Aires, Argentina. The attack killed 85 people and wounded hundreds of others.

Mr Bou Sab said that “this is not easy for the government of Lebanon, at least two of these individuals have been elected by the people. They are part of parliament and a sovereign government.

“Hezbollah and supporters of Hezbollah are Lebanese at the end of the day, they are there and they will remain there, today and tomorrow.

“Sanctions against Hezbollah will be seen as against the people of Lebanon and the government of Lebanon, putting us in an awkward situation, especially as our policy is full compliance on all sanctions [against Iran].”


The historic failure to have a settlement between Israel and the Palestinians will continue to be a source of turbulence, said the minister, and Jared Kushner’s much heralded “deal of the century” is not going to be the solution.

Speaking of the first part of the plan’s unveiling in Bahrain, with both the Palestinians and the Israelis absent, he commented: “If neither the bride nor the groom is present, how can a marriage take place?

“We continue to believe in a two-state solution. I discussed this with King Abdullah [of Jordan] – if someone is trying to impose a solution without speaking to the players in the region, it will be very, very difficult to achieve.”