Watch Your Back! Sunshine! 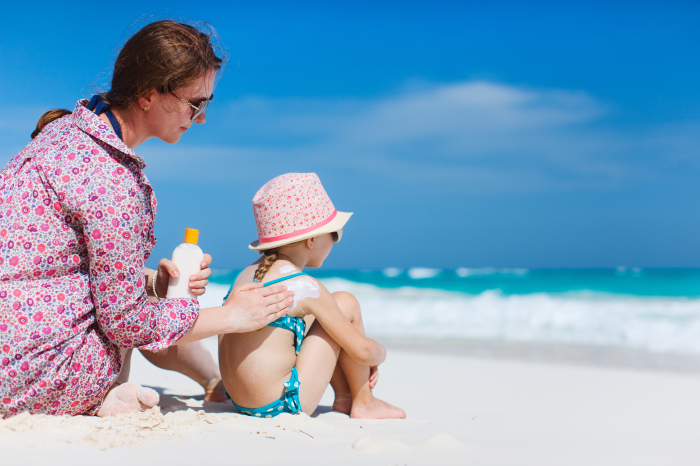 Summer has arrived – and with it adverts for sunscreen on the TV, commanding double-page spreads in magazines and colourful brands filling the shopping aisles. For holidaymakers a reminder to pack protection for their holiday. But, says Michelle Baker, Chief Executive Officer of the Melanoma Fund, many of those who work regularly outdoors forget that it is also vital to protect themselves in everyday life.

In response to recognising the need to bring awareness to those who regularly work in the outdoors, The Melanoma Fund created Watch Your Back! – a sun protection campaign designed for professional and amateur gardeners.

The campaign, backed by three horticultural organisations and celebrity gardeners including David Domoney, Adam Frost and Alan Titchmarsh, has reached 370 major garden centres this summer. As part of the cause,family-owned garden centre group, Notcutts is displaying educational posters across its 18 centres in the UK and are also stocking SPF30+ sunscreen, sunglasses and sun hats to raise awareness of the risks of sunburn to their customers. The campaign posters ‘Don’t be REDiculous – avoid a garden sunburn! will hopefully bring the message home.

Says Caroline Notcutt, Vice Chairman of Notcutts: “At Notcutts we’re passionate about gardening and encouraging people to get outside, but it’s important that gardeners are aware of the dangers of sun exposure and the long-term damage it can cause to our skin. Over 90% of UV rays can also pass through light cloud and cause sunburn, so it’s vital to cover up and apply sunscreen even on overcast days.”

Yet even though many understand the risks of overexposure to sunshine and the link to skin cancer, the incidence has soared by 45 per cent in the last ten years and by all accounts, this is set to continue to rise.

Skin cancer is caused by overexposure to UV light, and in particularly by sunburn, which causes a mutation in the DNA of skin cells. The risk is the same whether a person is sunning themselves on a Mediterranean beach or maintaining the greens of Celtic Manor Resort in Wales.

Those at the highest risk are those who have fair or red hair, lots of moles or a family history of skin cancer and in general those who habitually refuse to wear sunscreen.

Working on a tan

While a tan gives off a healthy glow, too much exposure to the sun can accelerate ageing of the skin as it becomes dehydrated and wrinkly. Other effects include age spots, spider veins and dry spots, in the form of solar keratosis which litters the skin, creating an uneven texture.

The good news for those who work outdoors, it that skin damaged by the sun is avoidable. The key is to be aware and to protect your skin from a young age – although it is never too late to be sensible!

“In my work, I see skin that is ravaged by the long-term effects of the sun, but as this happens over so a period of 30 plus years, many do not realise it could have been avoided and that their skin need not resemble leather.

“When it comes to skin cancer, the highest levels of mortality are in men over the age of 50 who tended to ignore sun protection or check their skin, leading to later diagnosis.”

Get to know skin cancer

There are three main types of skin cancer:

1. Basal Cell Carcinoma (BCC) is a cancer of the basal cells and very common in outdoor workers, accounting for around 75% of all skin cancers in the UK. Most BCCs are very slow-growing, rarely spread to other parts of the body. Occasionally, they can cause problems, and if left untreated may spread into the deeper layers of the skin and sometimes to the bones, which can make treatment difficult, so it is always best to catch them early.

A BCC can take the appearance of a small ‘pearly’ bump, similar to a flesh-coloured mole or a pimple that doesn’t go away. They can look dark, shiny pink or appear in the form of red patches that are slightly scaly, which can bleed easily.

2. Squamous cell carcinoma (SCC) is the second most common type of skin cancer. It has a similar growth pattern and treatment outcome to a BCC but is more likely to spread to other parts of the body if left untreated.

An SCC can appear as flat, scaly skin patches, open sores, raised red lumps or look like a wart. While some have crusty, bloody or oozing patches, this type of skin cancer can also resemble mostly normal skin.

3. Melanoma is less common than the others and is a very different type of skin cancer. It can grow quickly and therefore needs to be treated as early as possible. It develops from melanocytes that start to grow and divide more quickly than usual and spread into the surrounding surface layers of skin. When they grow out of control, they can look like a dark spot or an unusual-looking mole.

If not detected early, these cells can grow down into the layers of the skin, reaching your blood vessels and lymphatic vessels, allowing easy access to other parts of the body including the lungs, kidneys and brain, making melanoma very hard to treat.

It’s important to get to be familiar with how your skin looks and feels normal. The most common sign of skin cancer is a ‘change’ of an existing mole or lesion or a new one. so. Check yourself on a regular basis, ideally when you are in the bath or shower. For hard to reach areas use a mirror, or ask your partner or a friend to do this for you (and return the favour!)

Working outdoors and not using sun protection is like playing Russian roulette with your health. Try to get into the habit of protecting yourself till it becomes second nature – just like wearing gloves and a coat in winter.

When working outdoors in spring or summer follow these five rules:

Read the original article on landscapermagazine.com.