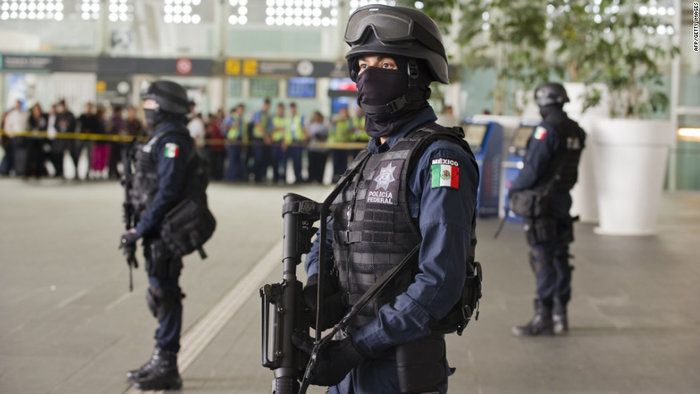 Two Israeli men were shot dead in an apparent gangland hit at a luxury Mexico City shopping mall, authorities said on Thursday, in the latest flare-up of violence convulsing the capital, Reuters reported.

Mexico City police said a woman and a man opened fire on the Israelis on Wednesday afternoon in a restaurant in the upscale Plaza Artz Pedregal in the southwest of the capital, then fled.

The Israeli embassy in Mexico identified the men as Alon Azulay, 41, and Benjamin Yeshurun Sutchi, 44. Both had criminal records in Mexico and Israel, it said.

“This was to commit a homicide, there was no other reason. That much is clear to us,” Ulises Lara, a spokesman for state prosecutors in Mexico City, told a news conference.

The investigation is ongoing, but Lara noted that the evidence suggested the shooting was linked to disputes between criminal groups with connections to the Israel mafia.

The national murder tally in 2019 is on track to surpass last year’s record of over 29,000, in part due to an increase in the violence in the capital.

President Andres Manuel Lopez Obrador, a veteran leftist who took office in December, has vowed to tackle the problem.

Mexico City police said one of the two Israelis was pronounced dead at the scene, while the other died in hospital.