Why does mint make your mouth feel cool?- iWONDER 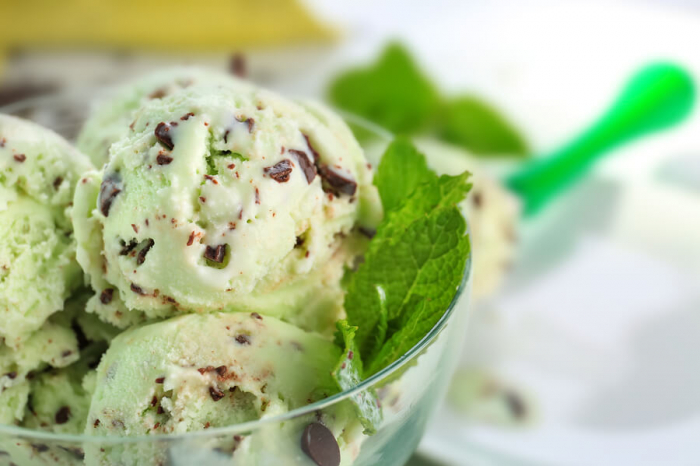 If you nibble on a mint leaf, you might notice that it makes your mouth feel cool. That's because mint, much like chili peppers, is a biochemical success story — for plants, at least.

The evolutionary marvel lies in special molecules that these plants produce: capsaicin in chilies, and menthol in mint. Scientists think the plants' ancestors might have begun producing the chemicals to deter predators.

"Plants probably evolved compounds to use as a defense mechanism, and through natural selection, they found some that happened to work," Paul Wise, an associate member at the Monell Chemical Senses Center in Philadelphia, told Live Science.

"The plants that produced the compounds were less likely to be eaten," he said. Those that survived long enough to reproduce were able to spread their seeds and pass their genes to subsequent generations.

That's why mint makes menthol. But why does it make your mouth feel cool?

The answer, in short, is that menthol tricks our bodies into feeling cold, even though we're not. Both menthol and capsaicin affect the system of sensory receptors that monitor things such as touch, temperature and pain. Called the somatosensory system, this complex network of neuronsis different from the systems responsible for taste and smell.

"There are neurons under the skin that can sense different sensations, like hot and cold," Seok-Yong Lee, an associate professor of biochemistry at Duke University, told Live Science. These neurons monitor the environment using an array of specialized proteins embedded in the cell membranes. The proteins control tiny tunnels called ion channels that can allow matter to pass through the cell membrane. The ion channels stay closed until the receptor protein detects the stimulus it's looking for.

"Once they sense the chemical or heat, the proteins turn on and allow ions to permeate the cell membrane," Lee said. Those fresh ions from the outside world trigger a tiny electrical signal, called an action potential, that neurons relay to the brain.

The action potential is like an electrochemical telegram that reads "some of the coldness receptors on the tongue were triggered." The brain reasonably interprets that as "the tongue is cold," but that isn't always the case.

Most receptor proteins are designed to open their ion channels when they detect a particular stimulus. For example, the protein scientists call TRPM8 (pronounced "trip M 8") is mostly associated with coldness — it goes wild when you lick an ice cream cone.

The reason mint makes your mouth feel cool is that menthol molecules also cause TRPM8 receptors to open their ion channels and send an action potential to the brain, which automatically interprets the tiny pulse of electricity as "the tongue is cold," even when it's not.

"The cooling is all sensation," Wise said. If anything, high concentrations of menthol can cause local inflammation, which would lead to a slight increase in temperature.

Scientists can speculate why TRPM8 is sensitive to coldness and menthol, but there isn't much solid evidence yet. It's been only a few months since Lee and his colleagues published a study in the journal Science that describes how the protein recognizes menthol molecules.

"A main reason we're sensitive in our mouth, eyes and nose to things like chili pepper and menthol is because the nerve endings are so near the surface," Wise added.

So, next time you're chowing down on mint chocolate chip ice cream, remember that it's not just the ice crystals making you cold; the mint is also an active player.