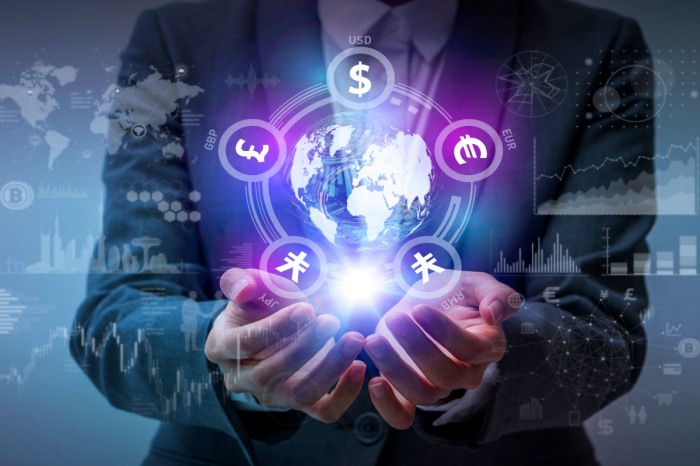 Facebook's plans for a digital currency and payments system have understandably been met with skepticism, bordering on outrage. Clearly, if a serial violator of the public trust can unilaterally insinuate itself into the global monetary system, something must be done to manage the rise of digital private monies.

Facebook’s plan to launch a new digital currency, Libra, within a year has won few friends. Regulators, policymakers, and academics reacted to the news swiftly, and for the most part skeptically. US congressional committees quickly arranged hearings, and the issue featured prominently at the G7 meeting in France last month.

Facebook’s disrepute as a guardian of user privacy helps to explain some of the blowback. The real bombshell, however, was the sudden realization of the threat posed by digital currencies to the existing monetary system – not at some later date, but right now. Cryptocurrencies have been around for over a decade, but none has been adopted widely enough to challenge the existing order. With the potential to mobilize more than two billion monthly active users, Facebook could change that.

Now that the company has thrown down the gauntlet, governments should use the opportunity to advance a form of digital currency that serves the public good. Even the staunchest defenders of the current monetary system will admit that it does not work equally well for everyone. Moreover, the system is being rapidly outpaced by technological change, much of which is insufficiently regulated and could expose consumers to unforeseen risks.

It doesn’t have to be this way. Technology could enable the development of a far better system. One of the original motivations behind Bitcoin and other cryptocurrencies was to establish an alternative, censorship-resistant payment system. Sweden and Singapore are on track to create central-bank-backed digital currencies (CBDCs) of their own. In China, a handful of companies, including Alibaba and Tencent, have launched closely regulated and supervised digital currencies for transactions that are settled in renminbi. In Kenya, Mali, and elsewhere, phone companies offer digital-payment services to everyone, even those without a bank account.

These experiments offer plenty of models to choose from. But first, we must consider a fundamental question: Should the state allow the creation of private money, or should it tightly limit efforts like Bitcoin and Libra, even at the risk of curtailing innovation?

Money is conventionally defined by the functions it performs: it is a means of exchange, a store of value, and a unit of account. The dollar, pound, yen, and euro each perform all three functions, but not without some help from the private sector. Banks play a critical role in payment systems (the exchange function of money), by issuing private monies in the form of book money and the like. They also offer deposits, which can be viewed as stores of value (assuming they are insured). Only the unit-of-account function – which guarantees a currency’s nominal value as legal tender for paying taxes – is in the hands of the state alone.

Given that some of the defining functions of money can be farmed out to private actors, the question is whether, and to what extent, they should be. Shouldn’t we favor CBDCs over all the different forms of privately issued digital monies? After all, there are powerful normative arguments to be made for CBDCs. As public goods, payment systems should be available on equal terms to everyone. And with modern technologies, we can finally cut out the middlemen (banks) who have been skimming the cream off the top for centuries.

On the other hand, there is also a case to be made against the monopolization of the payment system. Under ideal circumstances, CBDCs could usher in a fully integrated, highly efficient system that works for everyone. But in the real world, even a slight technical glitch or other governance failure could have systemic effects. Generally speaking, monolithic systems lack the resilience of diversified systems, not to mention the incentives for further innovation.

Still, a multiplicity of payment systems comes with problems of its own. The transaction costs of converting diverse currencies, either into one another or into fiat currency, could be enormous. And the history of free banking tells us that unregulated monetary systems are prone to collapse.

This conundrum could be solved by creating a single framework for all digital currencies, which would keep the door open for innovation. Alternatively, it could be addressed through common protocols to govern interoperability among separate systems, similar to how the Internet has evolved.

Either way, we need a new infrastructure for managing both public and private monies. They should be treated as a public good, and thus accessible on a non-profit basis. They should be open to anyone looking to develop specific new products or services, subject to a simple registration requirement. Depending on the service, all offerings should be regulated to ensure the safety and stability of the monetary system. To reduce compliance costs for smaller start-ups, supervisory authorities could provide free consultation about the appropriate regulatory channels for new products. And, where necessary, regulation should be streamlined to avoid unnecessary overlap and other sources of inefficiency.

Digital monies present us with a massive challenge. Traditionally, the guardians of the money system, central banks, have focused narrowly on monetary policy and financial stability. Guiding financial innovation is far outside their existing mandates. But given the pace of change, they may have no choice but to expand their remit sooner rather than later.

Katharina Pistor is Professor of Comparative Law at Columbia Law School and the author of The Code of Capital: How the Law Creates Wealth and Inequality.