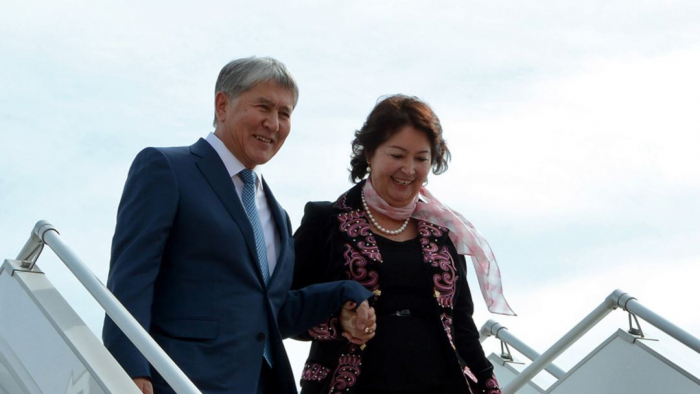 Arrested former Kyrgyz President Almazbek Atambaev has been remanded in custody for another 10 days while an investigation has been launched into his wife's activities.

The Bishkek City Court on August 16 upheld a lower court decision to keep Atambaev in pretrial detention until August 26, the former president’s lawyer, Sergei Slesarev, told reporters after the hearing, which was held behind closed doors at the State Committee for National Security (UKMK).

Atambaev's wife, Raisa Atambaeva, who was among dozens of the former president’s relatives and supporters near the UKMK building during the hearing, told reporters that many of Atambaev's relatives have been under pressure from the authorities, have had their houses "illegally" searched, and that a criminal case has been launched against her.

According to Atambaeva, the probe against her was launched in connection with the case of the ex-chief of the presidential office's department for judicial system reform, Manasbek Arabaev, who was charged with corruption in June.

The Prosecutor-General's Office confirmed to RFE/RL that Raisa Atambaeva is under investigation but did not give any details.

Atambaev was arrested on August 8 after he surrendered to police following a violent two-day resistance. 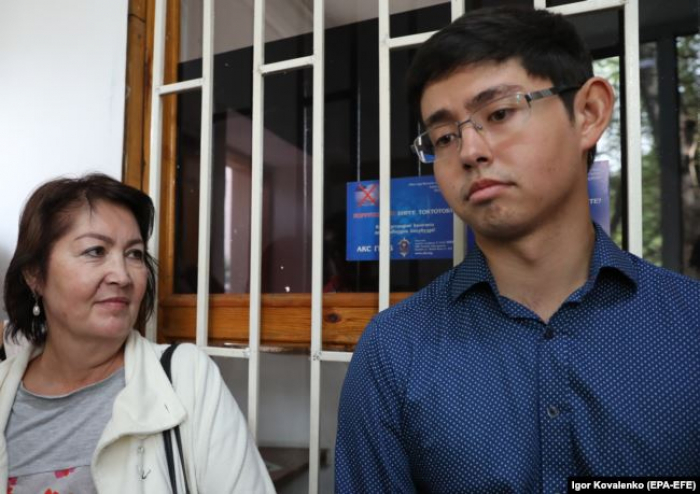 Raisa Atambaeva and her son Kadyr wait outside the State Committee for National Security in Bishkek on August 16.

The move to detain Atambaev was sparked by his refusal to obey three subpoenas calling him to the Interior Ministry for questioning.

Kyrgyz authorities had said that Atambaev faced five counts of criminally abusing his office when he was Kyrgyzstan's president from 2011 to 2017.

Slesarev told RFE/RL on August 15 that after the standoff, his client had been charged with a total of 14 crimes, including using violence against representatives of the authorities, organizing mass unrest, masterminding a murder attempt, hostage taking, illegal use of firearms, and several cases of corruption.

The resistance by the former president and his supporters resulted in the death of a top security officer and injuries to more than 170 others, including 79 law enforcement officers.

The violence underscored a power struggle between Atambaev and his handpicked successor, Sooronbai Jeenbekov, that has raised fears of instability in the Central Asian nation.