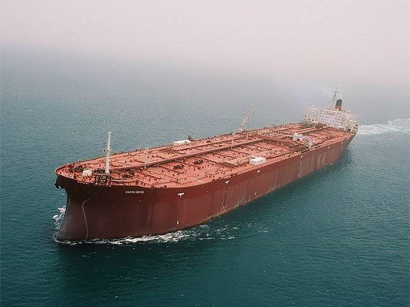 The Iranian tanker caught in a stand-off between Tehran and the West is expected to leave Gibraltar on Sunday night, Iran’s ambassador to Britain said, hours after the British territory rejected a U.S. request to detain the vessel further, AzVision.az reports citing Reuters.

British Royal Marines seized the tanker in Gibraltar in July on suspicion that it was carrying oil to Syria, a close ally of Iran, in violation of European Union sanctions. That triggered a series of events that have heightened tensions on international oil shipping routes through the Gulf.

“The vessel is expected to leave tonight,” envoy Hamid Baeidinejad said on Twitter, adding that two engineering teams had been flown to Gibraltar.

The Grace 1’s detention ended last week, but on Friday a federal court in Washington issued a warrant for the seizure of the tanker, the oil it carries and nearly $1 million.

Gibraltar said on Sunday it could not comply with that request because it was bound by EU law.

“The EU sanctions regime against Iran – which is applicable in Gibraltar - is much narrower than that applicable in the US,” the government said in a statement.

“The Gibraltar Central Authority is unable to seek an Order of the Supreme Court of Gibraltar to provide the restraining assistance required by the United States of America.”

Washington had attempted to detain the Grace 1 on the grounds that it had links to Iran’s Islamic Revolutionary Guard Corps (IRGC), which it has designated a terrorist organization.

Iran has denied the tanker was ever headed to Syria.