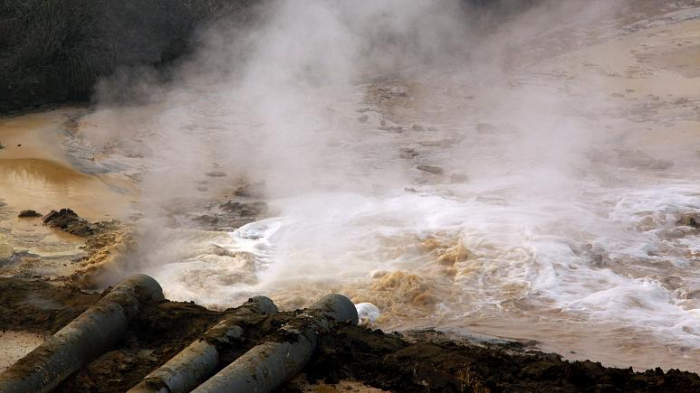 Electric cars are set to charge ahead and replace their fossil fuel-guzzling cousins in the coming years as Europe hunts for ways to fight climate change.

But while these new vehicles don’t directly produce any carbon emissions, are they really as good for the environment as we think?

Much depends on whether the electricity used by the cars is produced by renewable sources or a coal-fired energy plant.

There are also ecological question marks over the components used in electric cars, including the battery and the use of rare-earth metals.

One such rare-earth metal is neodymium, which is used to make very strong magnets found in all types of electric motors.

The mining of such elements generates thorium contamination — a radioactive element found in the metals that can negatively affect the surrounding environment.

Mountain Pass, the biggest rare-earth mine in the US, sits near the national reserve of Mojave Desert in California.

Between 1965 and 1995, it was the world’s main supplier of rare-earth elements. However, the extraction of the metals came at a high price for the Californian wilderness. A federal investigation in the 1990s found about 2,300 litres of radioactive and other hazardous wastewater had been dumped into the desert soil.

The company deemed responsible paid a fine of €1.3 million. Nevertheless, it obtained another 30-year permit for rare earths extraction in the California region. 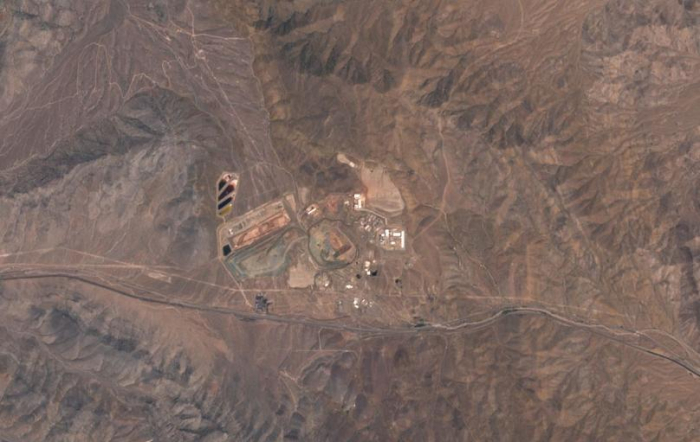 But the environmental dangers and the contamination of natural resources has stopped the growth of rare-earth mines in the US.

That hasn’t been the case elsewhere in the world, notably China, which produces 70% of the world’s rare-earth output.

At the end of the 1980s, China rapidly developed a mine in Bayan Obo, which has huge deposits of niobium. Situated around 700 kilometres from Beijing, it has the world’s largest reserve of rare-earth metals.

According to the Chinese Association of Rare Earths, between 9,600 and 12,000 cubic metres of waste in the form of gas containing concentrated dust, hydrofluoric acid, sulphur dioxide, and sulphuric acid, are expelled for each tonne of extracted rare-earth elements.

Additionally, around 75 cubic metres of acid wastewater and a tonne of radioactive waste are produced.

Although little research has been done on the direct effects on the population of Bayan Obo, a 2015 study from Beijing’s Institute of Geographic Sciences and Natural Resources Research revealed the population’s high vulnerability to being exposed to the metals’ dust. The magnitude of the excavation surrounding the population is visible from satellites in space.

Rare-earth metals and the green revolution

There’s a high probability that the device you’re using to read this article was made with elements from the Chinese mine.

The use of rare earths in digital societies has reached such a high point that it’s now very difficult to do without them. One of the elements is particularly important for our technology: neodymium, used for electric motors. 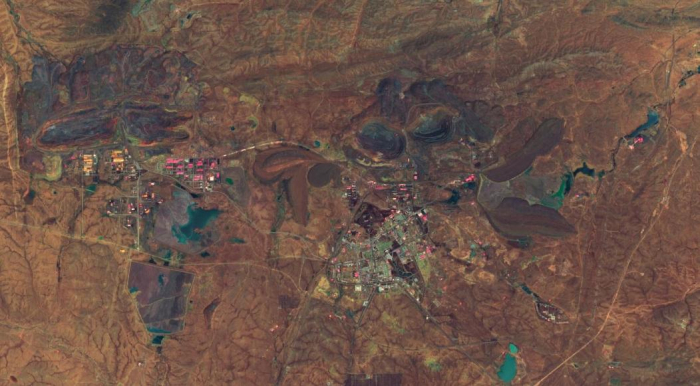 View of the Bayan Obo mine from the Sentinel satellite, 16 August 2019/Copernicus Sentinel

“The electrification of societies corresponds to much greater exploitation of neodymium,” Jorge Morales de Labra, industrial engineer and entrepreneur in the electrical sector, told Euronews.

“Can we live without neodymium? I doubt it. It’s the best element we know to make magnets and I don’t think we will find anything better than neodymium. However, we must be aware of the high levels of contamination created by its extraction,” he said.

Rare earths are not only essential for high-tech products but also for renewable technologies, explained Juan Diego Rodríguez-Blanco, a professor of nanomineralogy at Trinity College Dublin and funded investigator in the Irish Centre for Research in Applied Geosciences (iCRAG).

Thanks to the increasing use of electric energy, rare earths producers have found a new niche in the market thanks to the “green revolution”.

Electric cars and wind turbines require rare earths for their use — contrasting with the “dirty” process that means extracting them.

However, as Morales de Labra said, all human activities generate some kind of impact on the environment.

A worker in a rare earth mine in Nancheng, ChinaReuters

Laurentino Gutiérrez, a car engineer, explained that electric cars use two types of motors. On the one hand, they need a synchronous motor, which works with rare earths or electromagnets.

“They are very efficient but more expensive. If you want a lot of horsepower, it’s complicated to get it with these elements,” he said.

Gutiérrez said the only carmaker that made cars with a synchronous motor but without rare earths is Renault because they use electromagnets instead. “They only have between 90 and 110 horsepower, but they are more ecological,” he said.

On the other hand, are the induction motors that don’t need rare earths. They are mainly used by Tesla, though in their last model they did use the precious metals.

Exporting pollution from cities to the countryside?
One of the main objectives of electric cars is to improve the quality of the air that citizens breathe, mainly in high density areas congested by petrol and diesel vehicles.

But while electric cars do not directly produce carbon emissions, their manufacturing does.

“Making an electric car produces the same CO2 emissions as making two fuel cars,” said Gutiérrez. According to him, an electric car becomes more environmentally-friendly after its first 30,000 to 40,000 kilometres.

“Although the global emissions are the same in both cases, in one case you have all the emissions in a factory many kilometres from the city and in the other case the emissions are in the city, where people breathe and there’s a real impact on health,” he said.

The Spanish town that turned its back on rare earth

The population of Campo de Montiel, a region of the Spanish province of Ciudad Real, did not want to sacrifice their natural resources to obtain the "gold of the 21st century". This area has a monazite deposit, a rare earth phosphate containing small amounts of radioactive thorium and uranium.

Quantum Minería had applied for an exploitation permit to open an open-sky mine in the region, which has a unique and protected native fauna: the Iberian Lynx and the Imperial Eagle, both endangered species. 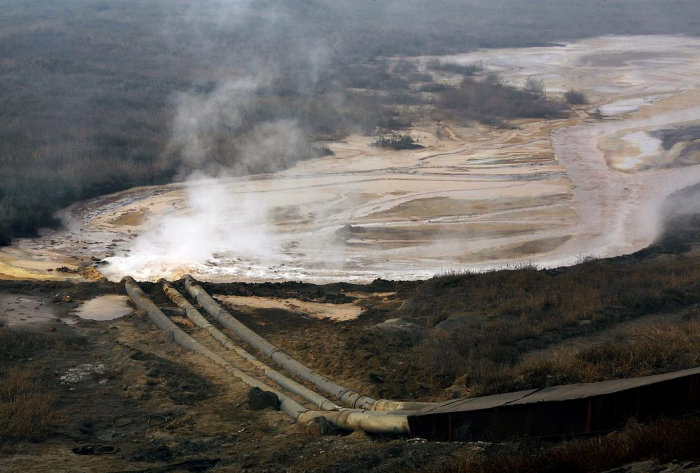 But thanks to the massive local opposition to the mine and a technical report demonstrating a negative environmental impact, the project was stopped.

“This is experimental mining, there is hardly any experience in Europe with rare earths. Mining is necessary, but it cannot be done anywhere,” said Luis Manuel Ginés, president of the anti-rare earths mine association Campo de Montiel, Sí a la Tierra Viva.

Rodríguez-Blanco noted that it is difficult to know the long-term effects of rare earths extraction but they could be dangerous for the aquifers in the area and could affect animals and human beings.

Rare earths seem to be here to stay but even if they have given us the opportunity to free our cars from polluting fossil fuels, we may instead be putting pressure on another finite resource.

“This is likely to lead to a shortage of some specific rare (less abundant) earths during seasons, within a decade or two, and lead to rare earth mining in places such as Greenland, for example,” said Rodríguez-Blanco.

However, the expert did point out that cleaner extraction methods are being developed that do not cause serious environmental damage. These include recycling or controlling the discharge of acids used during extraction by means of other products that neutralise it or reuse the C02 produced.