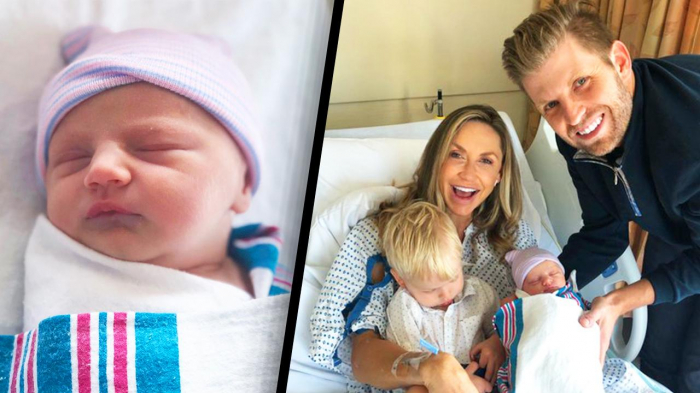 “@LaraLeaTrump and I are excited to welcome Carolina Dorothy Trump into the world. We love you already!” the proud dad wrote in the caption.

The Trumps are also parents to a son, Eric “Luke” Trump, born in 2017. Carolina Dorothy Trump is the 10th grandchild of President Trump.

Eric Trump is the second son of the president and his first wife, Ivana Trump. He is executive vice president of the Trump Organization alongside his older brother, Donald Trump Jr.

She announced that she and her husband were expecting their second child back in April.

“Baby number two coming this August!” she wrote on Twitter, along with photos of her family and their dogs. “All of the boys are excited to become big brothers!”