UK officials will stop attending most EU meetings from September 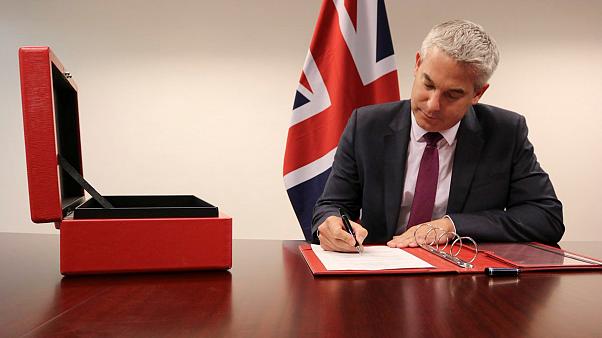 UK officials will stop attending most EU meetings from September 1 in order to "unshackle" officials from meetings that concern the EU after the UK's planned exit in October.

UK officials will only attend EU meetings that are of "significant national interest" to the UK, the Department for Exiting the European Union said in a statement.

The UK will "only go to the meetings that really matter, reducing attendance by over half and saving hundreds of hours," said Brexit Secretary Steve Barclay about the announcement.

"This will free up time for Ministers and their officials to get on with preparing for our departure on October 31 and seizing the opportunities that lie ahead," Barclay continued.

Meeting attendance will be decided on a "case-by-case basis", but officials will continue to attend meetings on Brexit, international relations, and security.

Johnson said in July he wanted to start "unshackling" British officials from attending EU meetings so they can focus on preparing for Brexit and working on new trade deals.

"Today there are very many brilliant officials, UK officials, trapped in meeting after meeting in Brussels and Luxembourg when they could be better...deploying their talents in preparing to pioneer new free trade deals or promoting a truly Global Britain," Johnson said in his first address in the House of Commons in July.

Labour MP Martin Whitfield called the Tuesday announcement a "pitiful retreat" from the UK's position "at the heart of European decision making".

Catherine Bearder, leader of the Liberal Democrat MEPs, tweeted that the announcement constituted "a pointless gesture driven by domestic politics which devalues our membership of the EU and shows nothing but contempt for our influence in Brussels".

"How do you know if important things are discussed if you are not there?" she said.

The UK has recently ramped up preparations to potentially leave the EU without a deal as Johnson has repeatedly said the UK will leave the bloc on October 31 "no matter what".