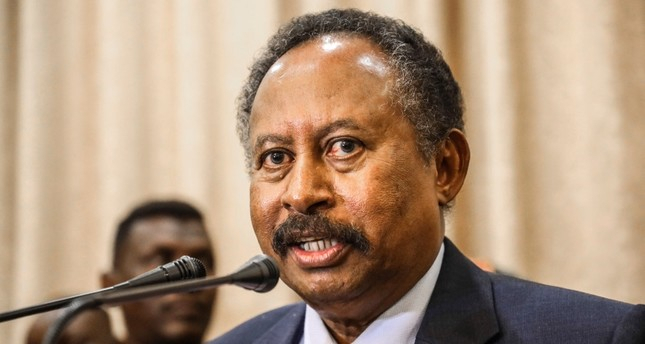 The ceremony was held in the presence of Lt. Gen. Abdel Fattah al-Burhan, head of the country's Sovereign Council, who was also sworn in on Wednesday and will run the country during a three-year transitional period.

Speaking to reporters, Hamdok said his government's priority will be to "stop the war in the country, achieve sustainable peace and to deal with the economic situation."

Hamdok, who is an international economy expert, is the first civilian prime minister of Sudan since 1989, when ousted president Omer Al-Bashir toppled the elected premier Sadiq al-Mahdi.

The Soverign Council was formed under a power-sharing deal between Sudan's Transitional Military Council (TMC) and opposition Forces for Freedom and Change (FFC) coalition.

It is composed of five military personnel nominated by TMC, five civilians by FFC, in addition to one civilian candidate to be agreed upon between the two sides.

Lt. Gen. Abdel Fattah al-Burhan will lead the 11-member council for 21 months then he will be replace by a civilian who would lead the council for an 18-month period, to be followed by elections.

Ousted President Omar al-Bashir was removed from power by the military in April after months of protests against his 30-year rule.