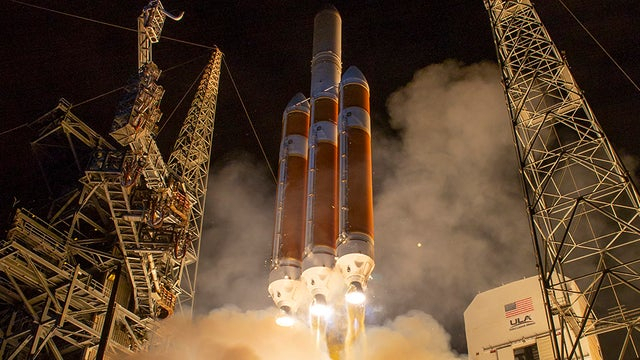 NASA’s long-term goals include enabling “the extension of human presence throughout the solar system.” This will be an incredibly long, arduous and difficult task requiring countless steps over many generations. But for whatever reason, the U.S. spaceflight community seems bound and determined to start this journey by shooting themselves in the foot with another interminable debate over which essential steps we can ignore and how quickly we can ignore them.

Preserving “continuity of purpose” was a dominant theme in the 2017 NASA Transition Authorization Act. Over the years, changes in direction, restarts and program cancelations have taken their toll on NASA. Planning for human space exploration perfectly captures this strategic uncertainty. We are fortunate to have not just one, but two good, early destinations for human exploration: the moon and Mars.

Barring any unforeseen discoveries, these two destinations are by far the best choices for human exploration in space. The moon has the great advantage of being significantly less distant, while Mars is rather less completely hostile to human life.

ADVERTISEMENT
A 2003 Columbia Accident Investigation Board Report included a discussion of long-term direction for the U.S. space program. That discussion is the foundation of the now widely accepted consensus position: It is time for human exploration to move beyond low-Earth orbit. Since 2003, three different presidential administrations have sought to put their own, unique stamp on human exploration of deep space.

Under the George W. Bush administration, the plan was to go to the moon and then Mars.

The Obama administration wanted, instead, to send people to Mars by way of the moon. Certainly, NASA under the Obama administration tried very hard to shift the focus of human exploration to Mars, but even then, could not completely bypass the moon. The Asteroid Retrieval Mission (ARM) was proposed as a part of the broader plan for exploration and has become, effectively, a precursor to the Lunar Gateway — a small, permanent lunar orbiting outpost — which features in current exploration plans.

The plan under the Trump administration is something of a synthesis that tries to go to the moon and then pivot to Mars.

The fact that the Bush, Obama and Trump administrations have agreed on anything — that human spaceflight should take people to both the Moon and Mars — represents an astonishing level of consensus in this political climate. At a more pragmatic level, it demonstrates the fact that no viable plan can completely disregard one destination at the expense of the other.

Clearly, NASA’s budget will not allow for simultaneous moon and Mars programs. These goals must be pursued sequentially. But just because the goals will be achieved sequentially does not mean that all the work leading to them must also be carried out sequentially. A short-term plan to land astronauts on the moon can be made to serve the purposes of a long-term plan to send humans to Mars, and vice versa.

As for those efforts that can’t simultaneously support both moon and Mars efforts, they can at least minimize the cost associated with switching between targets.

Any architecture that cannot count on strong support from both Moon and Mars advocates will find it hard to develop enough institutional and political inertia to resist counterproductive, spurious changes in focus. Any architecture that is predicated on telling either Moon or Mars advocates that their voice is unnecessary, unneeded, and irrelevant is going to be under constant attack from the neglected stakeholder.

To be clear, this is not rehashing the argument that we can dismiss any debate about destination because going to one requires, for reasons of engineering, physics, or logistics, a presence at the other. It will almost always be possible to find a better, cheaper, and more effective solution that focuses narrowly on one objective to the exclusion of the other — at least on paper.

Realistically, it is prudent to assume (at least for planning purposes) that future administrations reserve the right to change the emphasis back and forth between the Moon and Mars. That reality means that the best architecture will produce progress toward both destinations while minimizing the penalty for switching between them.

A particular case in point is the currently proposed Lunar Gateway. A Gateway may not be the best way to get astronauts to the lunar surface, nor is it necessarily the best way to send humans to Mars. However, it is a serviceable option in both architectures. More importantly, it is something useful that NASA can work on and build that will not necessarily have to be cancelled the next time there is a change in destination. A pared-down, direct approach to landing humans on the surface of the Moon will produce far less that will survive a shift in emphasis to Mars. Likewise, an approach that focuses solely on sending humans to Mars will be hard-pressed to deliver progress that can be effectively repurposed if Mars once again falls out of favor as a destination for human exploration.

A program focused on one destination to the exclusion of the other is a responsible choice only insofar as one Congress can tie the hands of a future Congress, or that one administration can make future occupants of the White House bend to its will.

The journey of 100 million miles begins with just one step, and it doesn’t really matter whether we take that first step with the right foot or the left. What matters is that we don’t attempt the journey while hopping on one foot.