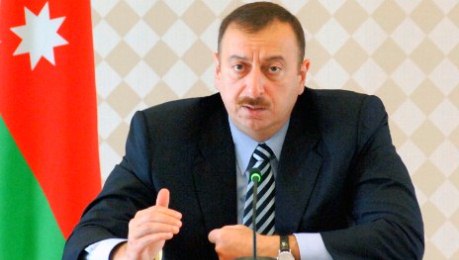 President of Azerbaijan Ilham Aliyev has sent a letter of congratulations to U.S. President Barack Obama as he is celebrating his birthday.

The Azerbaijani President praises his country`s relationship with the United States of America, saying “our countries are bound by strong friendly and close cooperative ties”.

President Ilham Aliyev says the two countries` joint efforts to ensure energy security have already reached the level of strategic partnership, emphasizing the importance of cooperation in fighting against global threats and terrorism, and contributing to peacemaking missions in conflict zones.

The Azerbaijani leader also touches upon the Nagorno-Karabakh conflict.

“We have high hopes for the efforts the United States as a co-chair of the OSCE Minsk Group and you personally to achieve a just and peaceful solution to the most painful problem faced by our people, the Armenian-Azerbaijani conflict over Nagorno-Karabakh, on the basis of international law.”