Bundestag member: Nagorno-Karabakh is an integral part of Republic of Azerbaijan 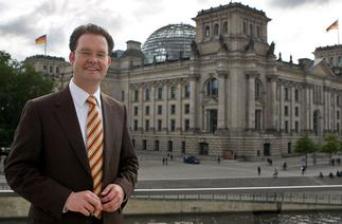 Member of the German Bundestag Tankred Schipanski has said Nagorno-Karabakh is an integral part of Azerbaijan as he was interviewed by “Azerbaijani Student Network” youth diaspora organization.

“We are supporting the UN Security Council`s resolutions adopted in 1993, as well as efforts within the framework of the European Union towards fulfillment of demands of the resolutions. According to the International legal norms the Nagorno-Karabakh is an undivided part of the Republic of Azerbaijan.”

Mr Schipanski said: “The territorial integrity of Azerbaijan and destiny of refugees are interwoven. Both under the OSCE Minsk Group and European Union formats, Germany makes efforts to ensure peaceful settlement of the conflict, to put an end to hardships of refugees and IDPs and to ensure their safe return to homelands.

“Our countries are bound with a long-lasting economic, cultural and political partnership. We have also been cooperating for a long time within the European Union. Azerbaijan joined the European Neighborhood Policy in 2004. Thanks to this close connectivity, making contribution to stability and safety in the region is of particular importance to us.”