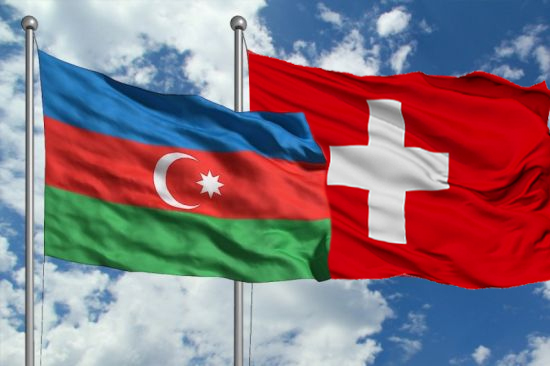 The Embassy of Azerbaijan in Switzerland and the Chamber of Commerce and Industry of Switzerland jointly organized a business forum in Switzerland, which was attended 85 Swiss businessmen representing such diverse industries as energy, agriculture, construction, tourism, ICT, healthcare and the food industry, AzVision.az reported citing AZERTAC.

At the business forum, Ambassador of Azerbaijan to Switzerland Khanim Ibrahimova gave a detailed presentation on the business environment and investment opportunities existing in Azerbaijan, and encouraged the Swiss businessmen to invest in various economic sectors given the favourable business environment created in Azerbaijan. Following this presentation, a visit of business delegation from Western Switzerland to Azerbaijan in October this year was confirmed and 30 companies joining the visit were determined.

In his presentation, Ambassador Ibrahimova pointed to the high-level of Azerbaijani-Swiss political relations and the development of economic and trade cooperation. In this context, she especially highlighted the meeting of the presidents of the two countries within the framework of the Annual Meeting of the World Economic Forum (WEF) in Davos, adding that high-level political dialogue between Azerbaijan and Switzerland provides a favourable ground for progress in various areas of mutual cooperation. At the same time, the ambassador emphasized that during 2019 visit of President of Azerbaijan Ilham Aliyev to Davos, cooperation between the country and WEF has entered a new phase, as for the first time the Government of Azerbaijan has signed the cooperation agreement with the WEF’s Fourth Industrial Revolution Center. In addition, the ambassador noted that a large delegation led by the Minister of Economy of Switzerland visited Azerbaijan last year and during the visit, the opening of a factory built by the Swiss investments at the city of Sumgayit took place. Moreover, the first visit of the Swiss Education Minister to Baku, which culminated in signing of a joint statement between the Ministries of Education was highlighted. The ambassador has also stressed the rise observed in tourist flow after inauguration this year of direct flights between the cities of Baku and Geneva, as well as the signing of a cooperation agreement between the travel agencies of the two countries. The audience was also informed about high-level political consultations between the Foreign Ministries of the two countries, organization of export and import missions from Azerbaijan to Switzerland, business forums and round tables held in Switzerland during the year, as well as close contacts established with the Swiss Cantons. Ambassador Ibrahimova has also underlined Azerbaijan's ranking as one of the top 10 reformers worldwide by the World Bank's Doing Business Report 2019, highlighted regional projects realized under the leadership of President Ilham Aliyev and focused on business prospects for Swiss investors, works carried out to improve the transport infrastructure and develop transport corridors aimed at realization of the transit potential of the country, given its favorable geostrategic location. The information about the meeting of the Joint Economic Commission Switzerland-Azerbaijan held in Bern on June 28, as well as memoranda signed between Azerbaijani Agency for the Development of SMEs and the Swiss Association of Small and Medium Enterprises, and between AZPROMO and Thurgau Canton’s Chamber of Commerce and Industry was also brought to the attention of business circles.

The business forum concluded with a Q&A session, where the audience’s numerous questions, such as regarding the level of digitization in the Azerbaijani economy, participation of the country in the “Belt and Road Initiative” were answered.