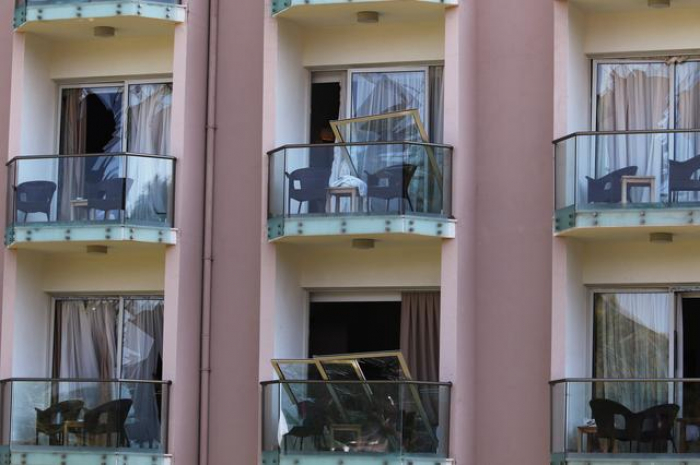 Blasts rocked an ammunition depot in northern Cyprus on Thursday after a fire broke out in a military zone, with shattered glass slightly injuring some people, the Turkish Cypriot Foreign Minister Kudret Ozersay said.

On his Facebook page, the minister wrote that the area had been sealed off as explosions continued at the military zone east of Kyrenia, an historic harbor town on the northern coast in a region frequented by tourists.

The Turkish Defense Ministry said the fire had been brought under control and that the cause of the initial blast, around 1:30 am (2230 GMT), was not immediately clear. It said an investigative team had begun its work.

CNN Turk broadcast video showed large blasts and plumes of smoke rising into the night sky over the area.

“Unfortunately a fire broke out in an ammunition depot in the military zone east of Kyrenia and there was a series of explosions,” Ozersay said, adding that the area had been secured, with police warning people to keep away.

CNN Turk also reported him as saying there was no longer a risk in the area and it had not been necessary to evacuate a nearby hotel.

People in the village of Arapkoy, some 12 km (7.5 miles) east of Kyrenia, had initially fled the area as a precaution during the blasts but residents had started returning home, he said.