U.S. thanked Azerbaijan for support to efforts in Afghanistan 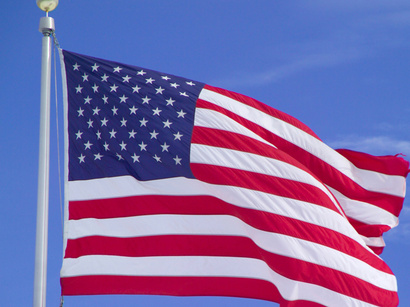 "The two leaders agreed to continue to work together on issues to include North Atlantic Treaty Organization interoperability, counterterrorism, defense transformation and maritime security," the press secretary said.

Hagel raised the recent inauguration of Iranian President Hassan Rouhani, he added, and reiterated that it is imperative that Iran take quick steps to resolve the international community`s deep concerns over its nuclear program.

Pentagon officials said the Defense Department partners with Azerbaijan, as well as with other South Caucasus nations, to strengthen Azerbaijan`s security development and better enable it to contribute to security and stability in the broader region.

Meanwhile, officials said, the United States assists in development of NATO interoperable units in Azerbaijan, including its Peacekeeping Battalion, which has deployed forces in support of international operations in Kosovo and Iraq, and fields troops in Afghanistan under the International Security Assistance Force.

Azerbaijan also provides key ground, air, and transit access for the logistical sustainment of international efforts in Afghanistan as part of a complex network of supply lines, playing an important role in the diversification of those supply lines, officials said.