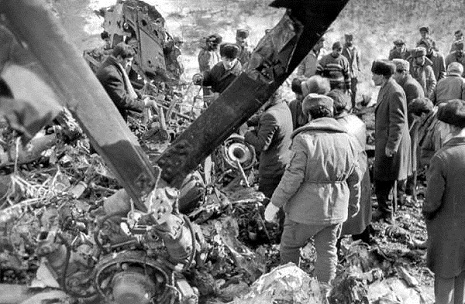 20% territory of Azerbaijan has been occupied as a result of the military aggression of the Republic of Armenia.

The occupied territories of Azerbaijan are:

One village of Nakhichevan Autonomous Republic, thirteen villages of Tartar region and six villages of Gazakh region are still under the Armenian occupation (All of them are the Azerbaijan Republic territories.).

As a result of agression more than 20 thousand people were killed, more than 50 thousand were wounded and became invalid. More than one million people living as refugees and IDPs (internally displaced persons) for nearly 20 years have become victoms of ethnic cleansing and genocide,policy of Armenia against the Azerbaijanis and have been deprived of elementary human rights.

In general, as a result of the occupation 890 cities, villages and settlements in Nagorno-Karabakh and the surrounding territories have been invaded by Armenians. 102 thousand dwelling houses, 7000 public buildings have been destroyed, 693 secondary schools, 695 health care facilities, 800 km length motor road, 160 bridges, 2300 km water-line, 15,000 km power line, 250,000 ha forest, 200,000 ha sowing area, 464 historical monuments and museums have been invaded and destroyed. There were more than 310 industrial and building enterprises in the occupied territories. 4 airports, Baku-Aghdam and Horadiz-Ordubad railway lines, Baku-Stepanakert-Nakhichevan gas-pipe, etc. have remained in the territories occupied. According to preliminary calculation, the damage to Azerbaijan as a result of the Armenian-Azerbaijani conflict over Nagorno - Karabakh has been estimated at $60.1billion.

In addition all mercury, obsidian and perlite reserves, 35-60% of the construction – facing-stone materials , 23, 8% of the forest fund and 7.8% of the water resources, etc. fall to the share of occupied territories. Also 3 reserves and game reserves, 3 big water reserviors are situated in this area. 20 percent of the country`s officially recognized territory has been invaded through aggresion by the Armenian armed forces and they have brutally destroyed and ruinated our national cultural monuments there.. Famous Azikh and Taghlar caves considering to be primitive men’s settlements and Qarakopek, Uzerliktepe mounds in the occupied territories are being destroyed deliberately for military purpose.. Along with the mounds in the regions of Khojaly, Aghdam, Agdere Fizuli, Jabrayil, the cemetries, temples, gravestones, mosques, mausoleums, monuments belonging to Caucasian Albania and other national monuments in the occupied Shusha, Lachin, Kelbejer, Qubadly, Zengilan regions are being destroyed.

927 libraries, 464 historical monuments and museums, 6 state theaters and concert studios were destroyed in the territories seized during the military occupation. More than. So that, after being razed to the ground Kalbajar historical museum exposition of the rare gold and silver jewelery, carpets woven in the last centuries were carried to Armenia.. Historical Museum in Shusha, Agdam Bread Museum, the Museum of Stone Monuments in Zengilan had the same fate. It is imposible to identify and state the value of the stolen and plundered historical-cultural riches.. In short, the Republic of Armenia is keeping on plundering cultural riches of Azerbaijan, violating the Hague Convention on “ The protection of cultural values during armed conflicts" and Paris Convention on "Illegal trafficking of cultural riches”.

T.Hasanov,”Serious social-economical results of Armenian occupation in the territory of Azerbaijan”, Baku, 2004