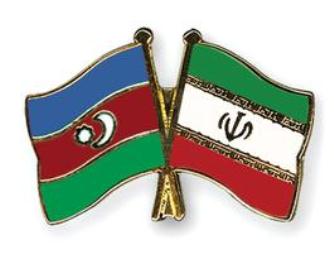 Azerbaijan`s deputy Prime Minister, chairman of the State Committee on Refugees and IDPs Ali Hasanov has met vice-president of the Iranian Red Crescent Society for health, treatment and rehabilitation Afshin Alikhani.
They discussed prospects for development of bilateral relations between Azerbaijan and Iran, as well as the Armenia-Azerbaijan Nagorno-Karabakh conflict.

The deputy PM hailed expansion of religious, historic and cultural relations between the two countries. He said the Red Crescent Society of the Islamic Republic of Iran implements various humanitarian projects in Azerbaijan.

Hasanov has also briefed Afshin Alikhani on the history of the Armenia-Azerbaijan Nagorno-Karabakh conflict, as well as work done in the country towards settlement of social problems of refugees and IDPs. He noted as a result of Armenia`s military aggression, Azerbaijan has lost 20% of its territories, including the Nagorno-Karabakh and seven surrounding regions, and more than million Azerbaijanis became refugees and IDPs.

“Today Azerbaijan is able to liberate its territories by any means,” he added.

The Committee chairman also spoke of work done by President Ilham Aliyev and international organizations to improve social and living conditions of refugees and IDPs.

He underlined thanks to the Head of State`s care and attention, the problems of refugees and IDPs are being solved.

Hasanov noted President Ilham Aliyev has determined the strategic directions of the country until 2020.

“The Development Concept “Azerbaijan 2020: A Look into the Future” intends liquidation of poverty, pulling down the dependence of economy from oil, carrying out protection of human rights in Azerbaijan to international standards, maximum strengthening of combat against corruption and other issues,” he underlined.

Hasanov noted Azerbaijan, which has more than a million refugees now is in a period of development, as well as hosts international events and forums. Azerbaijan became a tolerant country in the world. There is a tolerant approach between the representatives of various nations and religions living in Azerbaijan.

Alikhani, in turn, hailed existing relations between the two countries.

He said Iran was very glad with Azerbaijan`s achievements.

The Iranian delegation was presented with video CDs and books reflecting ethnic cleansing policy against Azerbaijanis in Armenia and hard results of occupation of Azerbaijani lands by Armenian armed forces.

The Iranian delegation, then, visited hostel of the Baku College of management and technology. They met with refugees from Aghdam region, members of martyr`s family Zumrud Guliyeva and Gandab Samadova. The refugees said they always wish to return their homeland.

The delegation, led by Afshin Alikhani has also visited new block for 1440 refugee families laid at the Mushfigabad settlement of the Garadagh region.

Taghiyeva expressed gratitude to the Azerbaijani President for created condition for them.

The Iranian delegation has also visited secondary school of Aghdam region. They were informed that the 1300-man school was equipped with modern educational technologies.

The delegation hailed work done in Azerbaijan to improve living conditions of refugees and IDPs.