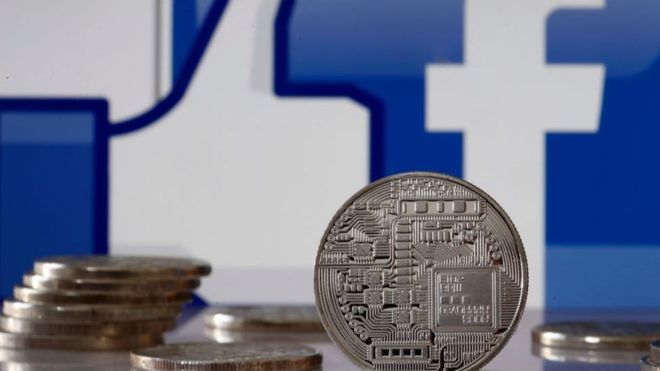 Facebook's Libra cryptocurrency must not go ahead until the company proves it is safe and secure, according to a report by the world biggest economies, AzVision.az reports citing BBC News.

In a blow to the social media giant, the report by the G7 group of nations warns cryptocurrencies like Libra pose a risk to the global financial system.

It warns that even if Libra's backers address concerns, the project may not get approval from regulators.

The warning comes just days after payments giants Mastercard and Visa pulled out of the Libra project, citing regulatory uncertainty.

The G7 taskforce that produced the report includes senior officials from central banks, the International Monetary Fund (IMF) and the Financial Stability Board, which coordinates rules for the G20 economies.

It says backers of digital currencies like Libra must be legally sound, protect consumers and ensure coins are not used to launder money or fund terrorism.

While the report, which will be presented to finance ministers at the IMF annual meetings this week, does not single out Libra, it says "global stablecoins" with the potential to "scale rapidly" pose a range of potential problems.

Stablecoins like Libra are different to other cryptocurrencies, such as Bitcoin, because they are pegged to established currencies such as the dollar and euro.

While this is designed to limit big swings in their value, the report says global cryptocurrencies like Libra can pose problems, including for policymakers setting interest rates.

The report also warns that Libra could stifle competition among other providers and even threaten financial stability if users suddenly suffer a "loss of confidence" in the digital currency.

The draft report says: "The G7 believe that no stablecoin project should begin operation until the legal, regulatory and oversight challenges and risks are adequately addressed".

It also cast doubt over the viability of the project even if Libra's backers satisfy concerns raised by governments and central banks.

"Addressing such risks is not necessarily a guarantee of regulatory approval for a stablecoin arrangement," the report says.

Facebook is facing intensifying international scrutiny of its cryptocurrency project.

A separate FSB report, published on Sunday, warned that the introduction of "global stablecoins" poses a host of regulatory challenges.

In a letter to G20 finance ministers, Randal Quarles, FSB chairman, warns that these challenges "should be assessed and addressed as a matter of priority".

The FSB is working with officials around the world to identify potential regulatory gaps, and will publish a report next summer.

Facebook has already warned that regulatory scrutiny may delay or even impede the launch of Libra.

Libra is not the only digital currency that faces scrutiny.

JP Morgan's JPM Coin, which is backed by US dollars, is a stablecoin that is also likely to be examined.

The Libra Association, including Facebook, will hold its first board meeting in Geneva on Monday.

As well as Mastercard and Visa, Stripe, eBay and Paypal have also withdrawn from the scheme, which is also backed by ride hailing companies Uber and Lyft.

The G7 report acknowledges that cryptocurrencies potentially provide a faster and cheaper way to move money and make payments and says the current system is often "slow, expensive and opaque".

There are currently 1.7 billion unbanked and underserved consumers who could benefit from wider access to financial services, it adds.

However, Facebook's executive in charge of the Libra project said earlier this month that losing the backing of major firms was "liberating". David Marcus added: "You know you're on to something when so much pressure builds up."