How Bulgaria has become prime target for people smugglers 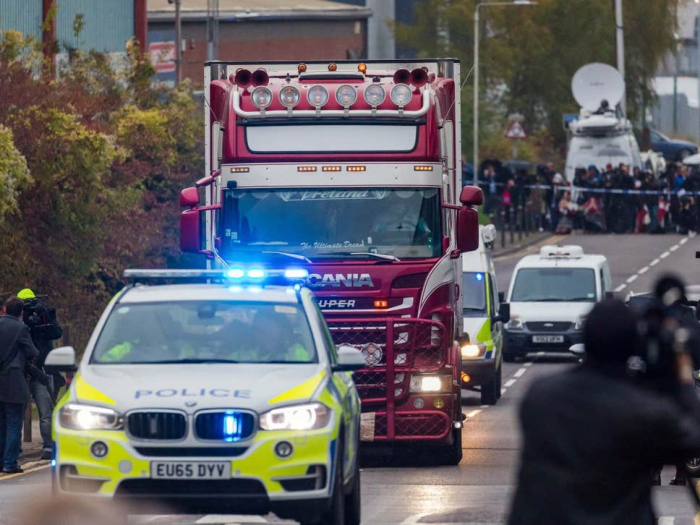 During his last visit to the UK, Yavor Pantev found himself with some explaining to do.

Believing he was transporting legal goods from across the continent, the Bulgarian lorry driver was now forced to explain to border authorities why a number of people were stowed away among his cargo.

“They park a van next to the truck,” Pantev says – no longer speaking to border officials, but to The Independent. “Migrants get on its roof and from there onto the roof of the truck.

“They cut the tarpaulin from above and get inside. The driver cannot monitor the truck constantly.”

Pantev’s case is far from unique. Illegal migrants are a constant problem for Bulgarian truck drivers, who can easily become a victim of human trafficking schemes without being aware of it until it is too late.

Thanks to its prime location at the gateway to southeastern Europe, the Balkan nation’s transport industry is booming.

National export has increased almost 12 times in the last two decades, according to EU-backed research by Invest Bulgaria Agency, with hundreds of millions of euros invested in infrastructure, and several thousand Bulgarian undergraduates achieving degrees in logistics and transport every year.

But with the sector’s rapid growth comes increased opportunity for criminal gangs to pursue a highly profitable trade of their own, dealing in human desperation.

“Combating human trafficking is a priority for the Bulgarian government,” said a Bulgarian ministry of foreign affairs spokesperson. “Unfortunately, it ranks among the most lucrative forms of organised crime.”

Bulgaria is a transit country for illegal migrants who come from Turkey and seek their way to western Europe. It is very rare that economic migrants stay in Bulgaria.

Statistics from the migration department of the Ministry of Interior show that the total number of detained illegal migrants has dropped by two per cent this year to a total of 1,880 detained individuals. Most of these individuals come from Afghanistan, Iraq, Turkey and Pakistan.

The issue was thrust further into the international spotlight on Wednesday with the discovery of 39 dead bodies, now known to be those of Chinese nationals, in a refrigerated lorry in Essex.

While the driver – Mo Robinson of Portadown in Northern Ireland – has been arrested, the truck’s origins remain something of a mystery.

The container was found to have travelled from Belgian port of Zeebrugge, but Bulgarian prime minister Boyko Borisov has confirmed the truck had been registered to his country, in the eastern city of Varna.

However, he insisted, the truck had not been on Bulgarian soil since the day after it was first registered in 2017.

According to a leading expert in crime research from the Sofia-based Centre for the Study of Democracy, Tihomir Bezlov, one of the problems in Bulgaria is that the relatively low cost for registering such vehicles means there are quite a lot of trucks registered there from other parts of the world.

Perhaps this is the reason those responsible for those 39 deaths registered their lorry in Bulgaria, Bezlov concluded. But there have been further complications with the registration system.

In 2018, Bulgarian media covered the problem of dozens of Bulgarians being held criminally responsible in Greece for trafficking illegal migrants.

It turned out that in most of the cases the Bulgarians had unknowingly sold vehicles such as trucks or minibuses to criminals purchasing them for human trafficking.

The new owners had deliberately not registered the vehicles under their name after the sale, in order to avoid being associated with the crime. Without further investigation, the Bulgarians were prosecuted by the Greek authorities, as the vehicles were still under their name.

In the latest incident 10 days ago, a van registered in Bulgaria was detained in Greece. The van did not stop when the local police attempted to pull it over for a check near the city of Kavala. Following a chase, the police managed to stop it. Twenty illegal migrants who came to Greece from Turkey were found inside.

In this case, the authorities did not indicate whether the driver was Bulgarian. However, some Bulgarian drivers have been sentenced to as much as 25 years.

While Bulgarian drivers argue their lack of culpability despite their names being tied to vehicles used for pernicious ends, their prime minister is seeking to do the same on the international stage.

“Two more trucks are registered here,” Borisov told bTV, one of the country’s leading broadcasters. “There is no way we can be connected except the truck sign. Nevertheless, we are working very well with the English services, so we will cooperate as much as possible.”

While the Bulgarian government is said to have been cooperating with international efforts to combat trafficking of late, the United States asserts this has not always been the case.

The US State Department’s “Trafficking in Persons” report, published in June 2019 and based on CIA findings, said Sofia does not meet the minimum standards for the elimination of trafficking, but is making significant efforts to do so.

The report described Bulgaria as “one of the main sources of human trafficking in the EU”, with men, women and children subjected to sex trafficking and forced labour, in countries as geographically diverse as Russia, Zambia, Israel and the US.

As areas of weakness, the report highlighted that there had been fewer investigations and prosecutions into trafficking, with courts mostly issuing suspended sentences. It also claimed “officials’ lack of knowledge of trafficking indicators hindered effective victim identification, [while] corruption in law enforcement and the judiciary continued to hinder progress”.

But without urgent changes to migration policy, and increased cross-border efforts to tackle dangerous and exploitative people-smuggling – by Bulgaria, the UK, and the rest of Europe – the sense of devastation relating to the Essex discovery is in danger of becoming all too familiar.