Does an apple a day really keep the doctor away? 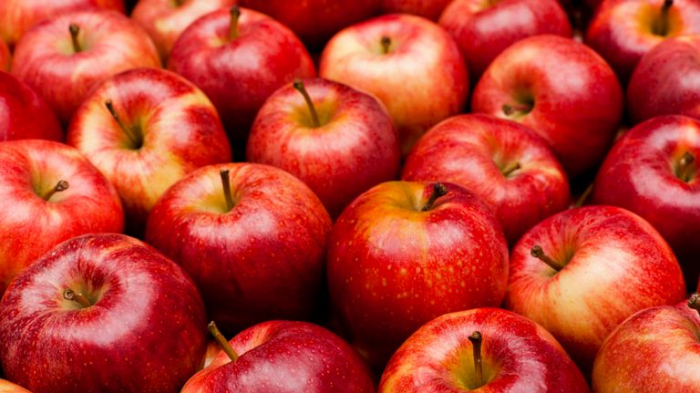 Questionable nutritional advice is easily amplified in our digital world, but older generations have always passed down health adages that younger generations found difficult to believe. Did your parents ever encourage you to drink fish oil to boost brain power before an exam, or offer mustard when you had a muscle cramp? My folks believed ginger relieves nausea. I was curious whether these adages and folk remedies could withstand the scrutiny of science – or whether they’re bunkum. So I set out to research a few of them.

An apple a day keeps the doctor away

This well-known statement is based on an 1860s Welsh proverb that eating apples will diminish doctor visits. And it has actually been put to the test – in a 2015 April Fool’s Day issue of JAMA Internal Medicine (while the topics were zany, the studies were real).

Researchers investigated whether people who reported eating apples daily actually had fewer annual doctor visits or were in better overall health. Of the 8,399 study participants, 753 ate at least one small apple daily. The results showed that 39 per cent of apple eaters avoided physician visits compared to 34 per cent of non-apple eaters, which was not a statistically significant difference. Researchers did find that apple eaters were a bit less likely to require prescription medications compared to non-apple eaters, leading the researcher to joke that “an apple a day keeps the pharmacist away”.

Of course, the doctor proverb shouldn’t be taken literally, but the overall sentiment is true: eating vegetables and fruits daily does have health benefits. That’s because the combination of fibre, vitamins, minerals and phytonutrients may help reduce inflammation and combat cardiovascular disease and some types of cancer.

Carrots are good for your eyes

This narrative traces back to the Second World War. In 1940, British royal air force pilots began using radar to shoot down enemy planes in the dark. To keep this new technology a secret, the Ministry of Information’s propaganda was that the pilots had great visual accuracy because they ate carrots, which improved their night vision.


Many children have to be threatened with the possibility of poor eyesight before they eat their carrots (Getty)
It seemed plausible, too, because carrots are rich in the antioxidant beta carotene, the precursor to vitamin A. Once absorbed by the body, vitamin A helps make rhodopsin, a pigment that helps eyes work better in low light. Carrots can help if you have vitamin A deficiency that causes poor night vision, but of course they can’t really help you (or air force pilots) see in complete darkness. So, yes, carrots are good for eyesight, but other foods rich in beta carotene, such as sweet potatoes, squash and leafy green vegetables, have the same benefits.

We’ve all heard this one after Christmas dinner: “The turkey made you fall asleep!” Turkey contains an amino acid (a building block of protein) known as tryptophan, which the body uses to generate serotonin, which helps promote sleep. So then there must be something to this whole turkey-sleep connection, right?

Not so fast. Turkey contains no more tryptophan than beef, eggs, fish or chicken, and tryptophan has a hard time getting past the blood-brain barrier, so it’s not an effective sleep inducer on its own. But the effect of tryptophan increases when insulin levels are high, as happens after you eat a carb-rich meal – such as a Christmas dinner with stuffing and potatoes. So it’s actually carbs that increase serotonin levels and help with the production of the hormone melatonin, which makes you sleepy. Eating a large meal can have a similar effect because there’s increased blood flow to the stomach for digestion, and decreased blood flow to the brain. So it’s definitely not just turkey that makes you sleepy.

This remedy has strong roots. More than 5,000 years ago, people from India and China used ginger as a tonic to treat many ailments. The most common and well-established historical use is to alleviate nausea and vomiting. Today, many clinical studies support the use of ginger for exactly this purpose.

Research shows that ginger helps relieve nausea and vomiting caused by motion sickness, morning sickness in pregnancy, during chemotherapy treatments and post-surgically after anaesthetic. It’s thought that the constituents in ginger – including gingerols and shogaols – help speed gastric emptying, which relieves nausea. Some people sip ginger tea for relief, while others prefer to take a ginger capsule, and studies show that both options can work. My mum used to open a can of ginger ale when I was queasy. While she was on the right track, it turns out many soda brands use artificial flavouring rather than real ginger, so those are of little benefit.

Fish is good for your brain

In his 1930 short-story collection Very Good, Jeeves, British author and humorist PG Wodehouse wrote: “They say fish are good for the brain. Have a go at the sardines and come back and report.” Wodehouse was onto something!

In 2016, researchers found that weekly consumption of fish was associated with high volume of grey matter, the dark tissue of the brain that’s in charge of processing information and controlling vision and memory. Many people have postulated that the value of fish comes largely from omega-3 fats, which play many important roles in brain health. Yet, interestingly, this study showed that any fish – not just those high in omega-3 fat – had this positive effect. Another review study found that fish intake may help delay cognitive impairment and Alzheimer’s disease, but cast doubt as to whether the omega-3 fats are the reason. That means taking omega-3 fish oil supplements (or drinking cod liver oil) for brain health may not cut it – there’s something about eating a whole fish fillet that’s more beneficial.

Have you ever been jolted from sleep with a leg cramp, or felt your calf seize after a run? Maybe you were told to take a shot of pickle juice or a teaspoon of yellow mustard. For years, people assumed this worked because the pickles and mustard contain fluids and sodium, which may help ease leg cramps caused by dehydration or an electrolyte imbalance. But research doesn’t confirm this reasoning.

In one study, researchers induced leg cramps in male subjects, then gave them pickle juice or water. Pickle juice made the cramps go away faster but the effect was not due to restoring body fluids, or the water would have worked just as well. Plus, the researchers found no changes in plasma electrolytes or volume in the five minutes after ingesting the pickle juice. They concluded that the benefit from pickle juice could not be explained by rapid restoration of body fluids or electrolytes.

Now researchers believe the problem is not actually with the muscle itself but with the motor neurons that send signals to it, which become hyperactive. The researchers hypothesise that strong flavours (as in mustard or pickle juice) stimulate neurons in the mouth and upper GI tract, which in turn restores the normal activity of the motor neurons involved in muscle cramping – sort of like a distraction. There are no rigorous studies to prove this interesting theory, so drinking pickle juice remains mostly unsubstantiated. But if it works for you, drink up.