Nothing has changed since our last meeting, says Lebedov 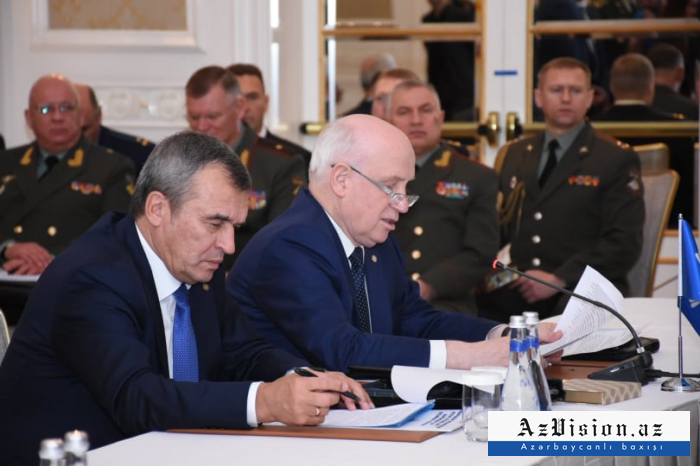 "Special attention is paid to the cooperation and coordination among the relevant institutions in terms of providing international and national security of the Commonwealth of Independent States (CIS) in member states", said Chairman and Executive Secretary of the CIS Executive Committee Sergey Lebedev said at the 77th meeting of the CIS Council of Defense Ministers in Baku, AzVision. az reports.

Lebedov noted, the integration is one of the important factors for the protection of stability in member states, as well as in the CIS.

"Unfortunately, the situation in the world has not changed since our meeting in Anapa city. The high level of conflict potential has still been observed in international relations. The countries which violate the agreements in the field of strategic security by force, continue the policy of dictatorship in international relations. Also, they continue their efforts to deploy weapons in space. The deployment of NATO's military infrastructure in Western borders of the CIS is a matter of concern, " he added.