Why old people will always complain about young people- iWONDER 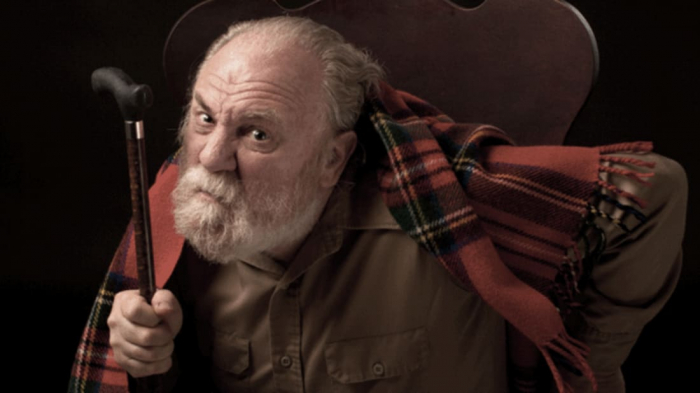 The old and young are feuding — yet again.

It’s safe to assume this is an immortal aspect of human society: Young people always exist, and older people will always complain about them. Young people, in turn, always say, “Ugh, old people just don’t get it.”

Recently, that “Ugh, old people just don’t get it” has metastasized into the viral “OK boomer” meme.

If you’re just tuning in: “OK boomer” is a clapback for the rising Generation Z to call out older adults on their collective lack of inaction on climate change, for their (overall) resistance to progressive policies, and for the condescending tone older people tend to use when describing the “kids these days.” The boomers, well, haven’t taken too kindly to the phrase. One conservative radio host called it “the n-word of ageism.”

Here’s a prediction: These “OK boomer” young people are going to get older and start complaining about the youth of the future. They’ll probably use the same insults, complaining the kids of the 2050s and ’60s are more entitled, more narcissistic, and less self-sufficient than those of generations past. They’ll pay a weird amount of attention to controversies on college campuses and write opinion columns for the New York Times on how those controversies are indicative of a looming societal collapse.

That’s because the “kids these days” is an ancient form of remonstration, going back to antiquity, and probably earlier. It’s a cycle we’re doomed to repeat.

But why? “It seems like there is a memory problem,” says John Protzko, a University of California Santa Barbara psychologist. “A memory tic that just keeps happening, generation after generation.”

Recently he and a colleagues published a paper in Science Advances attempting to figure out why a “kids these days” bias persists throughout the ages. Their new work contains an important lesson about how human memory works (and doesn’t), and what our negative evaluations of others reveal about ourselves.

Protzko became interested in the “kids these days effect” — the tendency for older people to say the youth of today are somehow worse than youth in the past — after surveying a few hundred of the top experts in developmental psychology.

In 2017, Protzko had been looking at a huge dataset of 60 years worth of kids’ test scores on a measure of patience and delaying gratification. With this pile of research, he was able to see if young people, overall, were getting better or worse at delaying gratification through the decades.

Before he crunched the data, he asked 260 developmental psychologists to make a prediction. Did these experts think kids, over time, were getting better, worse, or staying the same in their ability to sit tight in the face of temptation? These are the people who ought to have the best insight into trends in child behavior.

The vast majority — 84 percent — predicted kids would be getting worse over time, or stay the same. But they were dead wrong. Only 16 percent made the correct prediction: Kids today — if you believe in the validity of this particular measurement called the marshmallow test — are actually overall better today at delaying gratification than kids in decades past.

The complaints adults make about kids through the ages are always the same: “They’re suggesting young people are lazy, they’re entitled, and they act in self serving ways,” said Cort Rudolph, a psychologist at Saint Louis University who has spent time tracking down the prevalence of adults complaining about the state of young people throughout history.

In light of his survey, Protzko wondered: Why? Why, millennia after millennia, do adults just assume the kids today are worse than kids in the past?

It’s not a trivial question. “This is a prejudice, this is a bias, and if people were to make the claims they currently make about young people and children, if instead, if they make the same claims about ethnic minorities, for example, people would be up in arms, saying ‘That’s ridiculous, you have no objective evidence of this,’” Protzko says.

Bias can be incredibly hard to stamp out. But that doesn’t mean it can’t be understood. And this particular bias starts to make some sense in light of memory science.

Our memory of the past is deeply colored by the present

Human memory doesn’t work like you think it might. It’s not like a videotape. When we recall something, it’s not like our brains are rewinding a tape, and playing back events exactly as they unfolded.

Instead, as we’ve explained before at Vox, memory is constructed.

Memory is more like a video editor working on a millisecond deadline. In a rush, the editor splices in bits of truth with whatever filler is handy. What’s pernicious about all this: When the video editor makes cuts and additions to our memories, it’s really good at hiding the seams. “We have the illusion that we remember things as they happened,” Linda Levine, a University of California Irvine psychologist who studies memory for emotions, said in a 2018 interview.

One result of this memory system is a bias called presentism (as in present, like now). In trying to remember something, we take pieces of the present and fold them into our recollections of the past.

For instance: Our memories of past relationships are colored by how we feel about those people now. If the relationship has soured, you’re more likely to remember events unkindly, despite how you might have actually felt back then. Another example: “your memory for how much food you’ve eaten in the last two weeks can be colored by whether I’ve given you food to eat now, or if I make you go into the lab hungry,” Protzko says.

How memory bias leads to complaints about “kids these days”

If we use our current selves to make evaluations of kids today, then people who score higher on a trait like authoritarianism (i.e. respect for authority), literacy (as measured by being knowledgeable about authors), and intelligence should also judge kids more harshly on those categories. And that’s what they found, in their study of 3,458 adults in online surveys.

“You don’t really have objective knowledge for how well-read kids were when you were a child, so, when I ask you to think about it, you only have a limited amount of data to go on,” Protzko says. “It’s just your memory. But that memory alone is colored by this presentism problem.”

The study even provided an experimental manipulation that led to adults judging kids these days more or less harshly. In the experiment, some adults took a test to assess how well read they are. Some were given false feedback, and were told they were less well read than they really were. These adults then judged the kids less harshly, becoming less likely to say kids these days don’t read as much. That is: When adults are led to think they’re not well read, they may recall a past where kids are less well read.

Protzko stresses that the presentism bias isn’t the only reason why adults think kids these days are worse than kids of the past. Even adults who scored low on authoritarianism, generally, felt kids these days are less respectful of elders than they used to be. “This memory bias is only a part of the story,” he says. “Everything has multiple causes.”

Other possible causes: “kids these days” is cultural trope that people are taught. Or, it could be linked to the belief that the past, overall, was better than the present.

Whatever the cause is, adults should cut the the youth some slack. If anything, data shows the rising Gen Z, at least, is better in many ways than generations past: They’re doing fewer drugs, drinking less alcohol, and having sex at older ages (they’re also more anxious and depressed, as are other age cohorts in society).

Yet the bias persists. And it persists, in part, because of how adults see themselves.

Adults are (hopefully) better behaved and more knowledgeable than they were as kids. Indeed, personality science finds that, generally, people become more conscientious (the personality trait of working diligently, and just generally having your shit together) as they get older. Protzko didn’t study the trait of conscientiousness, but it seems reasonable that we tend to project that increased conscientiousness on our evaluations of kids’ pasts.

That standard may be a bit too high. We ought to give the kids a break.

Generations aren’t necessarily real, and are kind of like astrology

Generations are always complaining about each other. Rudolph says this too often leads to “generationalism” — or just a general bias or prejudice against a group of people, based on when they were born.

“People tend to make these over-generalized statements about generations,” Rudolph says, “and try to build a narrative around the idea that there are differences that we observe among people that we can attribute to generations. But what we know about that is that it’s much more complicated.”

The differences we see in the generations, he argues, aren’t necessarily unique to those generations. They could just be more of a general reflection of age. Young people are always more self-centered and narcissistic. Older people are always a little more set in their ways. This is not to sweep away real complaints people have about the world. Young people are fed up with the adults in politics and industry who exacerbate inequality. It’s just, obviously, not all boomers.

There’s a spirited debate in psychology over whether generations matter beyond just age effects. But at the end of the day, there just isn’t great data on the question.

Answering the question “Do generations matter?” would take an enormous study tracking many people, born in many different times, over a long time. You’d need to separate out three distinct variables: cohort effects (i.e. being born in a certain year), period effects (i.e. the historical moments that affect everyone, regardless of age), and age effect (the natural changes that happen to people over time). And such a study just doesn’t exist. (“If you know of someone who has a $10 million budget to do that, let me know,” Rudolph says.)

Talking about generations in broad strokes makes for compelling, simplistic stories to explain the world and how it works. “These stories always persist and people will be looking for data to confirm their biases,” Kali Trzesniewski, a social developmental psychologist at UC Davis, says.

But even if there’s a kernel of truth to the stereotype that young people are self-concerned, she says we don’t need to see it as a bad thing. “We think — and we don’t have great data on this — that narcissism is higher in young adulthood, and for me, that makes developmental sense,” she says. “They have to think about what they’re going to do for the rest of their lives. They have to be able to go out, and try things, and not be afraid of it. So you need a little extra confidence.”

Protzko says the most common question journalists have asked him since publishing the Science Advances study is a variation on “So is this a vindication of millennials?” To that, he flatly says “No.” Instead, he thinks the lesson is more broadly about our common humanity.

“Millennials are just like everyone else,” he says. “They’re going to grow into older people, who are just going to keep looking at kids and making the same complaints about them. [The] memory bias ... is going to keep affecting us in 1,000 years.”