6 reasons why Higher Education needs to be disrupted- iWONDER 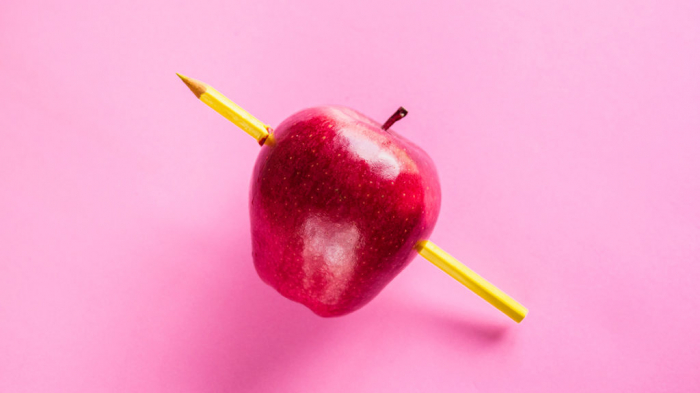 On the surface, universities are a nice idea. You go in, pick a subject you like, learn from the experts, and leave being job- and future-ready. This is why so many people (around 40% in rich countries) decide to go to college, even if it means making big financial and personal sacrifices. Yet just because so many people are doing it doesn’t mean it’s necessarily a good thing to do. In fact, while there is generally a cost – in terms of employment prospect – of not having a college degree, there are not always clear competitive advantages in having one, particularly if almost half of the population has one. The reality in today’s digital-first world is that we need to teach every generation how to learn, unlearn, and relearn — quickly — so they can transform the future of work, rather than be transformed by it.

If you’re reading this, our guess is that you are more likely to have a university degree than not, and we are sure you have very fond memories of your years in college. We also suspect that you have first-hand experience of some of the challenges graduates face when they enter the labor market, and the frustrations employers express when dealing with them (e.g., finding the right people, managing them and their expectations, and developing their skills). For example, many of our ManpowerGroup clients lament the time and money that they must invest in upskilling and reskilling graduates so they can “actually learn skills required to be successful at work versus the skills that made them successful in a classroom.” And most of the students one of us has taught at Columbia and University College London spent a great deal of time trying to find an appealing job despite graduating from top programs, and they always end up having to compromise with their choices.

No clear alternative to universities has yet emerged, and while there’s no clear path to disrupting higher education, there are pain points which those of us in the education field and beyond could be confronting. At some point a viable alternative will likely emerge and we see six reasons that make the case for demanding something different:

Employers need skills, not just knowledge or titles : The industrialized world is experiencing an unprecedented job boom. There has never been a better time in history to find work — this should no doubt be cause for celebration. However, there is still a significant mismatch between the jobs people want and those that are actually available. For example, the current U.S. unemployment rate is just 3.6%, yet there are 7.4 million job openings. Why? First, some of those jobs are unappealing to “overqualified” graduates, which is why Walmart is offering up to $108K to truck drivers, and still has vacancies. Second, some jobs require a different skillset than what job seekers offer, which is why 60% of organizations can’t find qualified cybersecurity analysts, for example. Third, while the number of college graduates keeps rising, there is a general questioning of how university qualifications translate to work, with a growing number of employers expressing reservations about graduates’ job-readiness and potential to add immediate value to the workplace. For example, employers often complain that even when graduates come with stellar academic credentials they will probably not have learned what they need to learn to be able to do their job.

It is also clear that a large number of people often end up in careers that are not even aligned with their education, with a recent report by Burning Glass suggesting that 20% of graduates are still not working in a degree-demanding job even 10 years post-graduation. Things get even more complicated when we take into consideration the fact that a substantial proportion of future jobs will be hard to predict, except for the fact that they will require a very different range of skills than that displayed by most graduates. That’s why the future potential of the workforce will depend on its ability to cultivate learnability, rather than displaying lots of college credentials.

Students want jobs, not knowledge or titles : The number one reason students have for investing so much time and money into a college education is to get a good job, with two thirds of them seeing “financial stability” as the primary goal. And yet, despite record low unemployment, under-employment is extremely common, with as many as 40% of college graduates working in jobs that don’t actually require their qualifications. It is also unlikely that students value the actual process of learning — or absorbing knowledge — as much as the actual diploma they receive at the end. For example, would most people rather have an Ivy League education without the diploma, or an Ivy League diploma without the Ivy League education?

Students are paying more and more to get less and less : Other than healthcare, nothing has risen as much as the cost of higher education, which in the U.S. has increased some 200% in the past 20 years (145% above the inflation rate). Actually, there is one thing that has risen far more: student debt, increased 600%, reaching an all-time-high of $1.4 trillion in America (higher than credit card debt and higher than car financing debt). Believe it or not, some people have managed to accumulate $1 million in student debt. To be sure, there’s still an ROI to most college degrees, and you are generally better off having one than not having one. However, for every Ivy League degree that generates around 12% in annual ROI, there are many less prestigious colleges and careers where the balance is negative. It is also true that the more graduates a nation produces, the less value-add there is in being a graduate, which partly explains the forecast that college enrollment should plateau in the next two or three years.

Students have unrealistic expectations (understandably) about college : Irrespective of their global ranking, all universities market themselves as an engine of growth, employability, and success, and a college education is still a promise to upgrade someone’s talent. Understandably, this produces high expectations, but it is just not feasible to fulfill them at scale. Not everyone can be a leader, a CEO, a manager, or a highly sought-after knowledge worker. By any objective measure, we’ve come a long way in the past 100 years, transitioning from monotonous assembly lines and routine jobs to flexible and meaningful careers and “the start-up of you.” But let’s not forget that it is just not possible to give everyone their dream job. If our career aspirations surpass the available opportunities, and our self-perceived talents exceed our actual talents, we are surely destined to be miserable at work, and perhaps this explains the prevalence of low employee engagement ratings despite more and more money being devoted to giving employees a consumer-like experience. The equivalent in the world of love would be if everyone aspired to date movie stars like Brad Pitt or Angelina Jolie: the result would be an epidemic of single people.

Many elite universities prioritize research, often at the expense of teaching : Anyone who spends time in academia will know that the quality of universities, at least as judged by research excellence tables, is predominantly based on research rather than teaching. In many top institutions, teaching can be seen as a distraction from publishing and getting research grants. Top faculty are attracted not just with higher salaries, but also with more freedom and a lower teaching load. In return, they will publish research prolifically and bring in grant income while leveraging graduate students to do their teaching instead. And the journals in which they publish that research rely on a questionable business model – they are owned by profitable publishing empires which rake in billions in revenue.

In our view, until the entire higher educational system prioritizes the classroom over the research lab, it will be a challenge for this dynamic to change. The vetting process used by mainstream academic journals – blind review process by independent experts – is an effective way to advancing science, but in an age of distributed knowledge and open-source information, there is a clear benefit to democratizing science-based insights to those who actually fund it. And while research is the engine of growth and innovation, which explains the strong emphasis top academic universities place on it, it should not be an excuse to neglect the actual education offered to students, including the critical issue of preparing them for the real world. In the meantime, it will be up to individual departments in universities to strike the right balance between their emphasis on and incentives for teaching and research.

Instead of boosting meritocracy, universities reinforce inequality : The value-add of a university degree is inversely related to a student’s socio-economic status, as most top college graduates would have enjoyed high levels of career success anyway because of their initial wealth, privilege, and contacts. This is what makes the recent college admissions scandal in the U.S. so ironic: the people who could afford to pay such high bribes were the ones who needed to do this the least – their wealth, privilege, and contacts virtually guaranteed that they would land in a good place in life regardless of whether or where they attended college.

At the same time, universities tend to increase rather than decrease inequality. As research reports have noted, rich people are not just more likely to buy a more expensive education, but also to marry equally rich and educated people, which in turn will produce more affluent and privileged offspring. And as Anthony Jack noted in a recent book, even when elite universities focus on enrolling minorities, they tend to prioritize what he calls the “privileged poor,” such as Black or Hispanic people from higher socio-economic status. The fundamental question we see is this: If a university claims to be a top educational institution, shouldn’t it admit the people with the lowest test scores, and turn them into the leader of tomorrow (as opposed to admitting the people with the highest income and test scores, who would probably rule the world tomorrow regardless of those three or four years in college)?

In short, there is much that we need to rethink about the current model of higher education. Tomorrow belongs to the companies and individuals who are approaching education in parallel with work, with continuous loops of learning. Success in the future won’t be defined by a degree, but by potential and the ability to learn, apply, and adapt.

Tomas Chamorro-Premuzic is the Chief Talent Scientist at ManpowerGroup, a professor of business psychology at University College London and at Columbia University, and an associate at Harvard’s Entrepreneurial Finance Lab. He’s the author of Why Do So Many Incompetent Men Become Leaders?

Becky Frankiewicz is President of ManpowerGroup North America and a labor market expert. Before joining ManpowerGroup, she led one of PepsiCo’s largest subsidiaries, Quaker Foods North America, and was named by Fast Company as one of the most creative people in the industry.