What is the UN's COP25 climate summit, and why does it matter?- iWONDER 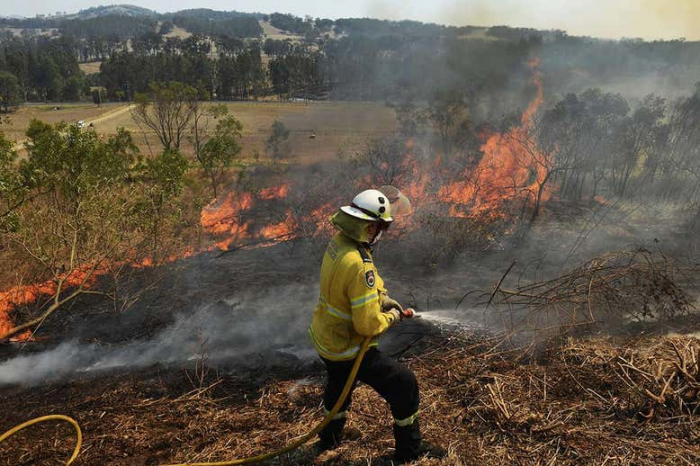 The Conference of the Parties – United Nations jargon for the annual meeting of nearly 200 countries to discuss international action on climate change. Around 25,000 people are expected to descend on the talks, which start today.

Where is it happening?

There has been a game of musical chairs concerning who is hosting. Originally, it was Brazil, which later changed its mind. Then Chile stepped in, but social unrest in Santiago saw the conference moved to Madrid at the eleventh hour. The fortnight-long summit kicks off against the backdrop of a high level of climate interest in the UK election, as well as warnings by the UN that global emissions have climbed 1.5 per cent a year on average for the past decade.

Around 30 heads of state, and the UN secretary general, António Guterres. Climate campaigner Greta Thunberg is en route aboard a catamaran in the Atlantic, as she didn’t want to fly back from the US, where she gave a passionate and often angry address at a UN climate summit in September.

What is the aim of the talks?

They are largely a stepping stone to 2020, the most important year for global climate efforts since the Paris deal was agreed in 2015. That’s because countries are expected to upgrade their carbon-curbing plans for the first time and potentially also outline their long-term plans to get to net zero emissions, ahead of a crunch summit in Glasgow next year, COP26. In the meantime, the talks in Madrid need to tidy up outstanding questions about the rules of the Paris Agreement.

Largely technical stuff – but technical stuff that will have real effects. One thorny issue is how international carbon trading between countries, known as Article 6, will work. The key there is to ensure the rules avoid double counting of carbon credits. Madrid should also agree timelines and clarity for when countries should submit their carbon plans in 2020. “It’s obviously better if it can be more formalised, giving clarity on expectations would be a really positive signal. It’s not an absolute disaster if they don’t,” says Shane Tomlinson at the think tank E3G.

Read more: UN report reveals how hard it will be to meet climate change targets
What are the expectations like?

Mood music for COP25 has set the bar low. That’s partly because the UN summit that Guterres organised in New York in September failed to catalyse significant new action by world leaders. “The UN climate summit failed to engage larger economies, it was underwhelming,” says Mónica Araya, a former climate negotiator for Costa Rica. The hope is that, at a time when the US has begun formally withdrawing from the Paris Agreement, countries will reaffirm their commitment to the framework that the deal put in place. “I think COP25 can deliver, at the very best, a promise to do what governments agreed in Paris,” says Araya.

Who are the key players?

The US played a vital leadership role in the run-up to Paris, which continued until Donald Trump became president. Araya sees leadership in small economies, such as New Zealand, which recently passed a law to reach net zero emissions by 2050. But the spotlight is on China and the EU.

Why are they so important?

The EU’s member states could reach an agreement on a net zero 2050 target on the penultimate day of COP25. The expectation is that the EU and China will make an announcement at a joint summit next September of their more ambitious carbon plans, in a similar way to an influential move by the US and China before the 2015 Paris summit. But tensions have flared between China and the EU over the latter’s recent proposals for a “carbon border tax”, which could complicate matters.

Anyone else to keep in mind?

Brazil will be one to watch, especially in debates over Article 6. Although they are now being held in Madrid, Chile is still technically the host of the talks, which means issues of importance to Latin America will be prominent.

And how about the UK, given that an election campaign is underway?

Normally, the country next due to host the climate talks – in this case, the UK and Italy in Glasgow next year – would play a vocal role. But UK ministers will say little because of purdah rules on what government officials can say in the run-up to an election, which only lift on the final day of COP25. “The UK will be much less visible during COP25 than you would expect of an incoming presidency,” says Tomlinson.