Why job seekers are not given feedback- iWONDER 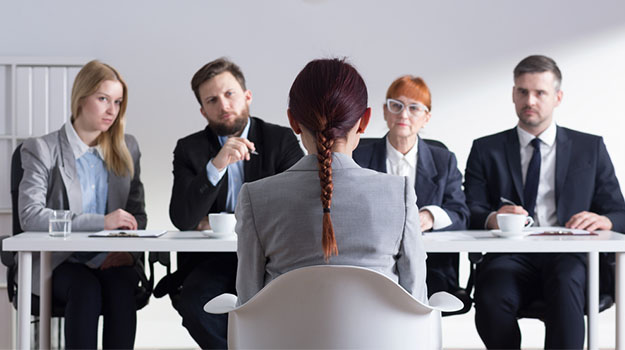 A common complaint and cause of frustration and irritation for interviewees is the absence of feedback after their interviews.

It wasn’t always like this. In the past, it was standard protocol to provide feedback and constructive criticism to candidates. The hiring manager or human resources professional would diplomatically let the applicants know what they did well and the areas in which they need to improve upon.

The feedback was freely given with the best of intentions. The advice would consist of some positive aspects and, when justified, helpful critiques of the candidate—with respect to their skills, relevancy of their background and performance within the interview sessions. This would prove extremely helpful and productive if the person was invited back to partake in additional interviews. Even if the job seeker was turned down, they’d be provided with guidance so that they could perform better when they interview again somewhere else. The candidates could advantageously implement this vital information and constructive criticism.

This information relayed to candidates is important for them to conduct a self-assessment to ensure that they are presenting themselves in the best possible light. It's similar to a batting coach in baseball who helps you improve upon your swing. His advice may not always be positive, but the goal is to make you a better baseball player.

Unfortunately, time’s have changed and this no longer applies to the present. In the current job market, feedback is offered sparingly—if at all. There is little-to-no feedback or constructive criticism offered. If you’re not accepted to proceed in the interview process, it’s rare to get a rejection letter or receive any input and advice from the company as to why you were unceremoniously passed over.

All the niceties and politeness are gone. You will now only hear from human resources if they want to move forward with you; otherwise, you get the silent treatment.

Here is why this happens.

There has been a rapid proliferation of job boards, job aggregation sites (like Indeed and Glassdoor), Google for Jobs and corporate career pages. In addition to the ubiquity of jobs posted everywhere, everyone has a smartphone with them at all times. This combination makes it easy to search for jobs and easily apply. Many job seekers take the not-recommended approach of submitting their résumés for dozens of jobs—a large portion of which they’re not suited for, but want to give it a shot nonetheless.

Corporate talent acquisition and human resources professionals are deluged with résumés. Even with the applicant tracking systems that corporations have, it's too much to handle. It becomes virtually impossible for the company to get back to everyone who submits their résumé. You may get a canned email response to your résumé or applications, but that’s about it. Don’t expect any meaningful color on whether or not you’re deemed a good fit for the job or company.

In today’s litigious society, companies are concerned about saying anything at all to candidates that could possibly be misconstrued. They are especially scared to give negative feedback to candidates out of fear that it might be misinterpreted as discrimination.

Something relatively innocuous said by an interviewer could be interpreted as sexist, ageist, racist or any other form of prejudice. Corporate executives are deathly afraid of costly, time-consuming lawsuits ensuing.

There is also the concern over a social media backlash because of something an employee said to a candidate. All you need is one disgruntled, denied job seeker to post his or her outrage on Twitter and it could go viral—irreparably damaging the company’s reputation. Not offering any feedback is a safer legal and public relations strategy for the company.

There is a belief by corporate executives that there is an abundance of qualified candidates. They erroneously believe that if the HR department waits longer, they will eventually find the perfect person suited for the role for a cheaper price.

They’ll keep you hanging on in suspense. The company doesn’t furnish you with an answer about your candidacy or offer a critique because you’re technically still in the running while they’re secretly holding out for a better candidate. They don’t want to say anything to make you bail out of the running—since they want to string you along and may ultimately want you if nobody better comes along. This is also a big reason why some interview processes tend to take so long.

The financial crisis wreaked havoc on all corporate departments, especially non-revenue-producing ones like human resources. Senior-level—higher salaried—HR people were downsized and replaced by more junior personnel.

Technology has also displaced many HR professionals. So, now there are fewer HR employees dealing with considerably more work. They simply don’t have enough time to respond to you and provide an evaluation and assessment of your talents.

The current generation of HR people only know the new, no-feedback milieu and perpetuates the status quo. This is a generalization, but many younger professionals are not comfortable picking up the phone and holding conversations with candidates, especially if it is not good news. They are equally uncomfortable holding a one-on-one conversation with a job seeker telling them that they’re not getting the job.

It has become a trend for companies to outsource their recruiting functions to third-party vendors. In this HR model, recruiters employed by another organization—who are kind of like mercenaries—are placed on the premises of many different clients. These are usually short-term stints. These types of recruiters, as you can imagine, have no vested interested in providing feedback to candidates, since they’ll be somewhere else in a couple of months.

You probably don’t need me to tell you this, but we are living in a time period in which people are not that nice to one another. It's become the norm to be rude and ghost candidates.

We’re in a tight job market and companies complain that they can’t find people to fill their job openings. Their laments are ironic and tone-deaf as their very own actions of denying feedback alienates, discourages and blows off potentially perfect candidates.