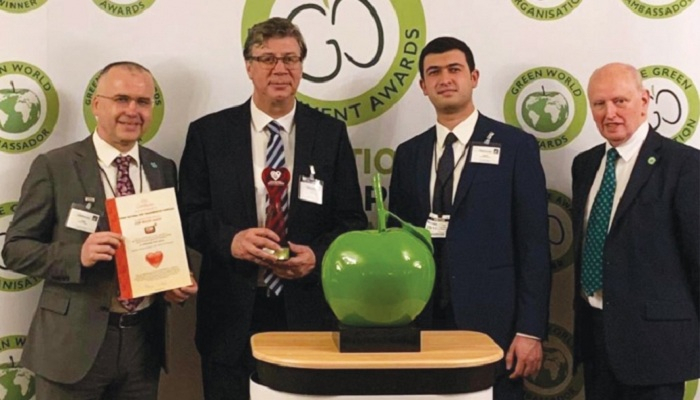 The Trans Anatolian Natural Gas Pipeline (TANAP) project, the longest part of the Southern Gas Corridor, has been honoured with “World Leader” and “Green World Ambassador” awards in a ceremony organised by UK based “The Green Organisation”, assessing and awarding outstanding projects on the areas of environment and CSR with its independent jury, AzVision.az reports citing TANAP consortium.

“TANAP Team have been honoured in front of many reputable and global companies and diverse participants during the event held in Houses of Parliament, House of Commons in London and represented our Company successfully,” reads a message from the consortium.

The opening ceremony of the TANAP-Europe connection was held on Nov. 30, 2019 in Ipsala, Edirne province of Turkey.

The volume of gas transportation to Turkey via TANAP has reached 3.08 billion cubic meters (bcm) since the start of commercial gas supplies on June 30, 2018 as of late October 2019.