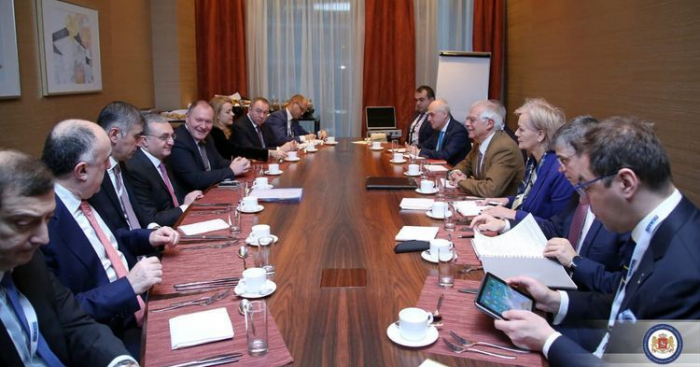 The breakfast meeting, hosted by High Representative of the European Union for Foreign Affairs and Security Policy Josep Borrell was organized within the sidelines of the meeting of the OSCE Ministerial Council.

Note, on 5 December, Josep Borrell, High Representative of the European Union for Foreign Affairs and Security Policy/Vice-President of the European Commission, will participate in the 26th Organisation for Security and Co-operation in Europe (OSCE) Ministerial Council in Bratislava.

The annual meeting provides the Foreign Ministers of the 57 OSCE members an opportunity to strengthen dialogue on security issues in the OSCE area and to review and assess the Organisation's activities.