Interstellar comet will pass close to Earth this weekend 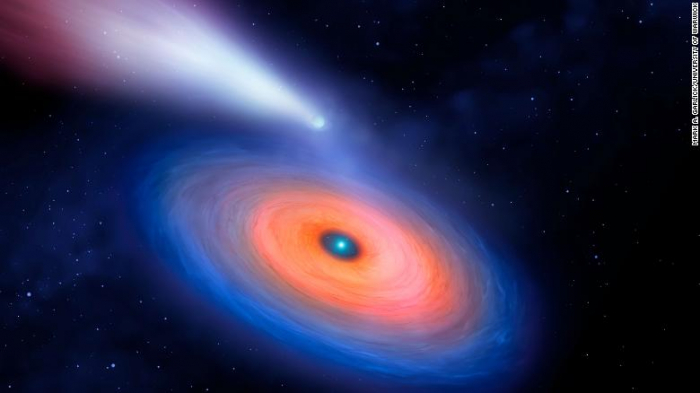 Astronomers have captured the best and closest image to date of interstellar comet 2I/Borisov, a visitor that originated from outside of our solar system and is currently passing through.

This is only the second interstellar object to cross into our solar system after 'Oumuamua in 2017.

On Sunday, the comet will pass within 190 million miles of Earth on its closest approach before continuing on through our solar system. As it gets closer to Earth, the icy comet is shedding more gas and dust through its tail through evaporation.

"Astronomers are taking advantage of Borisov's visit, using telescopes such as Keck to obtain information about the building blocks of planets in systems other than our own," said Gregory Laughlin, an astronomer at Yale.

Astronomers at Yale University used the W.M. Keck Observatory's Low-Resolution Imaging Spectrometer, located in Hawaii, to provide the closest look at the interstellar comet since it was first observed over the summer.

They also provided an image they created to show it relative to Earth.

The new photo reveals the comet's impressive tail, which extends for nearly 100,000 miles. That's 14 times the size of Earth, according to the researchers at Yale.

"It's humbling to realize how small Earth is next to this visitor from another solar system," said Pieter van Dokkum, a Yale astronomer.

Scientists think the comet originated in another star system but was kicked out after a near-miss with a planet.

Since first observing the comet, astronomers are learning new details. Its cometary core, or nucleus, is a mile wide, and it's begun to look more "ghostly" as it reacts to the heat of our sun. It also has a reddish hue.

They determined that the comet is dominated by dust, which is typical for comets. Outside of its hyperbolic orbit, the comet is very similar to those we find in our own solar system.

Future observations will shed more light on its size, rotation and path.