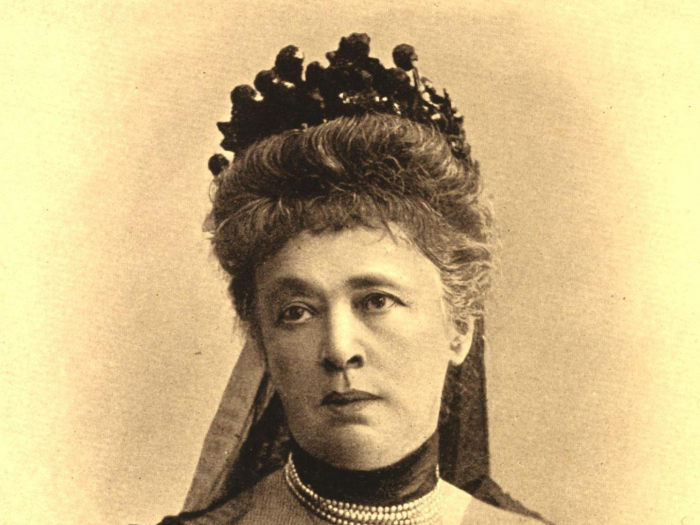 The Austrian author and pacifist Baroness Bertha von Suttner is being honoured with a Google Doodle today, 114 years after she became the first woman to win the Nobel Peace Prize.

Born as Countess Bertha Kinsky in Prague in 1843, she faced hostility from Austria’s high aristocracy from an early age because her parents were of different classes.

Her father came from the noble Kinsky family while her mother’s family was of much lower social status, meaning that their marriage proved contentious among the aristocracy.

Suttner was a keen student as a child and became a proficient speaker in French, English and Italian, as well as an accomplished pianist and singer.

Aged 30, she moved to Vienna to work as a tutor in the von Suttner family home, where she met her future husband Baron Arthur Gundaccar von Suttner.

The family did not approve of the couple, however, and she decided to move to Paris for a new start.

She worked as a secretary and housekeeper to Alfred Nobel, the pioneering chemist and inventor who gave his name to the Nobel Prize.

After a brief stint in the French capital, she secretly married Baron Arthur in 1876 and the couple eloped to what is now Georgia.

The baroness found refuge in the happiness of her marriage, writing: “To us personally nothing could happen. We had each other – that was everything.”

Inspired by her reading of evolutionist literature, she began to write short stories, essays and novels focusing on pacifism, religion and gender.

Suttner is perhaps best known for writing the anti-war novel Lay Down Your Arms, which was first published in 1889 and explores the impact of conflict on women.

The book quickly became an international best-seller, being translated into dozens of languages and helping to spread her pacifist message.

She later found the Austrian Peace Society and was awarded the Nobel Peace Prize on this day in 1905, making her the first female laureate.

Suttner died in 1914, aged 71, but her tireless activism is continued today by the Bertha von Suttner Peace Institute in The Hague.

Alyssa Winans, the illustrator who designed today’s Doodle, said: “I was most inspired by her life-long dedication to her writing, despite facing many hardships.

“I think Bertha’s message of peace and disarmament is still very relevant today, and I hope that people think about how that can be applied to current events.”