I hope to get acquainted with new figures in upcoming elections, says US Ambassador 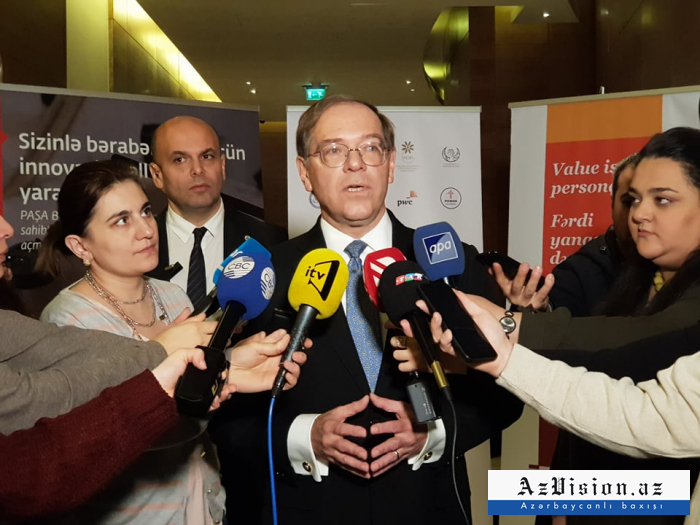 "We look forward to seeing new figures in the upcoming parliamentary elections in Azerbaijan. I hope that we will get acquainted with the new female figures of the elected and there will be entrepreneurs among them," an Extraordinary and Plenipotentiary Ambassador of the United States of America to Azerbaijan Lee Earle Litzenberger said.

He noted that he welcomed the invitation of the Azerbaijani Government addressed to members of OSCE Parliamentary Assembly and OSCE Democratic Institutions and Human Rights Bureau in order to involve them in observation of the election in Azerbaijan: "The free and fair election can help this country forward. Therefore our expectation from the government is the creation of full conditions and supporting of both international and local observers".