Why do people have different personalities?- iWONDER 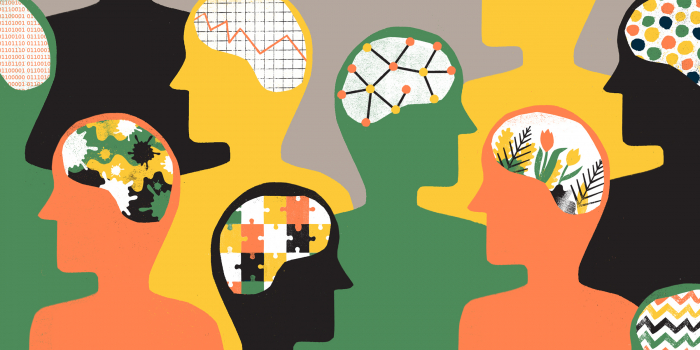 Everyone has certain likes, dislikes, quirks and idiosyncrasies — all the qualities that make up your personality, the things that make you. That everyone has unique personalities makes life more interesting (or, sometimes, more difficult).

But where do personalities come from, and why are they so different?

Over the last 25 years, psychologists have found that personalities coalesce around five basic traits, dubbed the Big Five. Everyone can be described as having varying levels of agreeableness, conscientiousness, neuroticism, extroversion and openness to experience.

Contrary to common perception, people aren't confined to certain personality types. Usually, no one is entirely an extrovert or an introvert, or a total neat freak or a slob. While a minority may be at the extreme ends of a trait, most people are somewhere in the middle.

"We know conclusively from the research that people just aren't organized into types," said Christopher Soto, a psychologist at Colby College in Maine. "Every personality trait is a continuous dimension. You can be very high or very low, and most people fall somewhere in between."

Personality isn't confined to humans, either. Research finds that animals from ants to apes all have personalities, described also by the Big Five. The universality of personality points to an evolutionary origin.

For example, conscientiousness involves behaviours like planning and deliberation, which are important among primates and other mammals for taking care of offspring, selecting mates and living in groups. Being neat and orderly — aspects of conscientiousness — also has evolutionary advantages. Orb-weaving spiders that spin tidy webs catch more prey, according to research published in 2015 in the journal Integrative & Comparative Biology. Darwin's finches that build neater and well-camouflaged nests attract more mates, scientists reported in 2009 in the Biological Journal of the Linnean Society. And scientists reported in 2011 in the journal Animal Behavior that more hygienic bees that remove more dead colony members reduce risk of disease, gain more weight and reproduce more.

Some of these behaviours may seem primitive, but they're nevertheless manifestations of personality. "In the broadest sense," Sulloway said, "personality is the expression of all of the behaviours that we and other animals exhibit that allows us to function adaptively in the world."

Evolution can also explain why personalities vary so much. Depending on the situation, each of the Big Five can be advantageous. For example, Sulloway said, agreeableness is great for relationships. But if a lion were charging at you, you'd be better off with a less agreeable and more aggressive personality leaning. Because the world is so unpredictable, every aspect of each personality trait could be useful at different times, so instead of evolving a single type of personality that's optimal for every situation, we're left with a wide variety.

"There is no single solution to what personality and behaviours you should be expressing," he said.

An evolutionary root of personality means traits must be inherited. So whether you'd like to admit it or not, much of your personality comes from your parents. In fact, for humans, about half of the differences in personality are genetic, Soto said. The rest of the variability in personality comes from your environments, such as life experiences and birth order. (First-borns tend to be more assertive, while second-borns tend to be funnier; younger siblings use humour to diffuse the power that older ones have over them, Sulloway explained.)

Not only does your environment shape who you are, but you can, to an extent, adjust your personality to the circumstance. You can be more outgoing at a party and more agreeable at home with your family. But you can also be introverted if you need to focus on work, or aggressive when playing a competitive sport. "No one trait or expression of a trait is going to serve you well every hour of the day," Sulloway said. Humans, after all, have evolved to learn from our environments.

Over time, that means personalities can change. "Our genes are providing a starting point for personality, and they stay with us as we age," Soto said. "But as we get older, we have more and more life experiences, and there are more opportunities to shift away from your genetic starting points."

When children become adolescents, Soto said, they experience a temporary drop in agreeableness and conscientiousness; they're meaner and lazier, for instance. But studies show that as people grow from early adulthood to middle age, the trials and tribulations of life — increased responsibilities, personal relationships and the like — make them more agreeable, more conscientious, more emotionally stable and less neurotic. According to a 2015 study published in the Journal of Personality and Social Psychology, you might even be able to adjust your personality on purpose.

So while personality may make you who you are, it won't necessarily make who you will be.