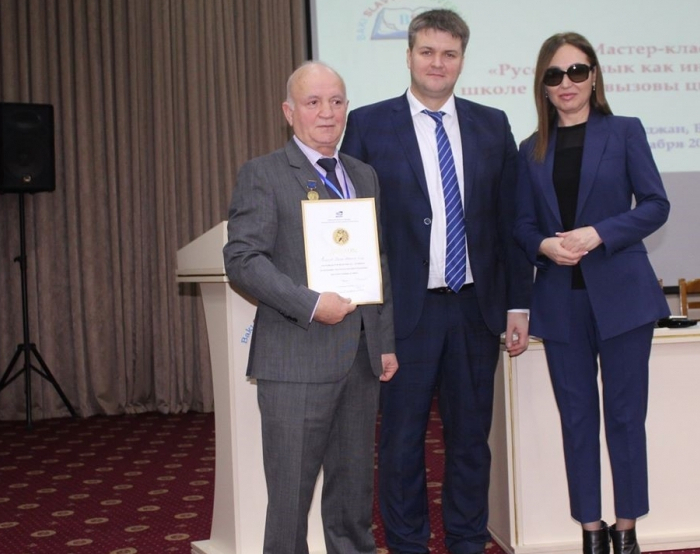 Department head at Baku Slavic University (BSU), associate professor Yashar Alkhasov has been awarded the Pushkin Medal for his outstanding contribution to the promotion of Russian language as well as Russian literature and culture abroad.

He received the medal from Secretary General of the International Association of Teachers of Russian Language and Literature Natalia Brunova at a solemn ceremony held at the University.