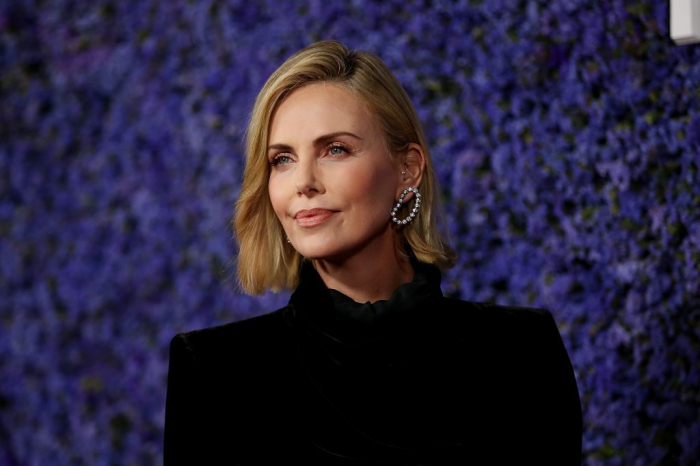 Charlize Theron says she's "not ashamed" to talk about the moment her mum shot and killed her dad in self-defence.

The actress was 15 when her alcoholic dad shot through the door of the room where she was hiding with her mum.

"None of those bullets ever hit us, which is just a miracle. But in self-defence, she ended the threat," she told NPR.

She added: "The more we talk about these things, the more we realise we are not alone in any of it."

Charlize grew up on on a farm near Johannesburg in South Africa with her mum Gerda and dad Charles.

She described her dad as a "very sick man" and said living with an alcoholic was a "pretty hopeless situation".

"The day-to-day unpredictability of living with an addict is the thing that you sit with and have kind of embedded in your body for the rest of your life, more than just this one event of what happened one night," she said.

Speaking about what happened, she said her dad was so drunk he "shouldn't have been able to walk when he came into the house with a gun".

"My mom and I were in my bedroom leaning against the door, because he was trying to push through the door.

"So both of us were leaning against the door from the inside to have him not be able to push through.

"He took a step back and just shot through the door three times. None of those bullets ever hit us, which is just a miracle. But in self-defence, she ended the threat."

Charlize says the violence she experienced within her family is something that she shares with a lot of people.

"I think, for me, it's just always been that this story really is about growing up with addicts and what that does to a person."

The Oscar-winner also spoke about the time a film director inappropriately touched her after inviting her to audition at his home.

She said she was the one who apologised to him before leaving - something that made her angry with herself.

The subject of sexual harassment is one that she tackles in her latest film Bombshell - in which she plays a real TV presenter called Megyn Kelly.

It tells the story of when women who worked for US broadcaster Fox News came forward to accuse the then-CEO and chairman Roger Ailes of sexual harassment.

She said the film explores the "grey area of sexual harassment" and is something she's come across.

"There's psychological damage that happens for women in the everyday casualness of language, touch or threat of losing your job.

"Those are things I've definitely encountered."