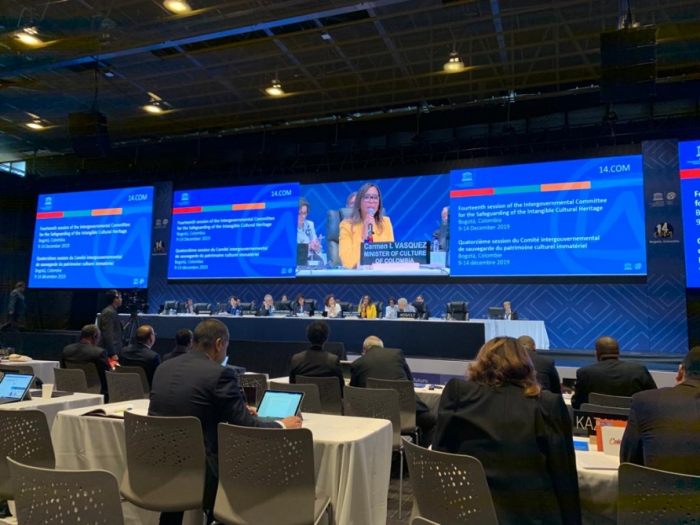 The 14th session of the UNESCO Intergovernmental Committee for the Safeguarding of the Intangible Cultural Heritage, which was held in Bogota, Colombia, has elected Azerbaijan as vice-president of the Committee. China, the Netherlands, Kazakhstan, Kuwait and Djibouti were also elected.

For the first time, the Intergovernmental Committee removed one element from the Representative List of the Intangible Cultural Heritage of Humanity.

The Committee decided to hold its 15th session in Kingston under the chair of Jamaica’s Minister of Culture, Gender, Entertainment and Sport, Olivia Grange.