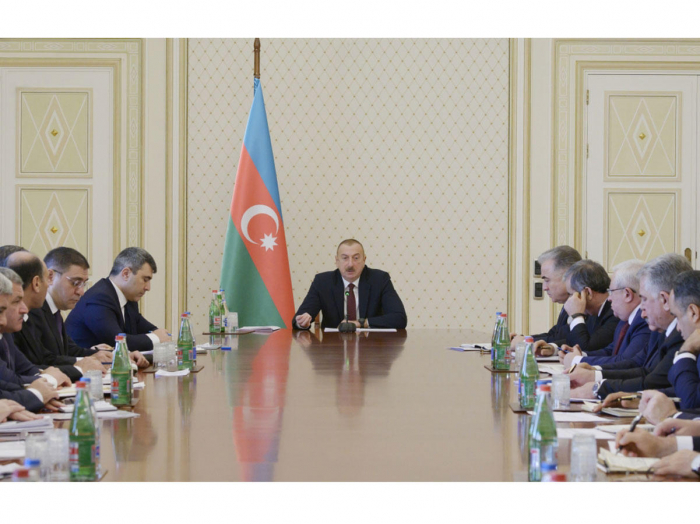 President of the Republic of Azerbaijan Ilham Aliyev has chaired a meeting on the results of cotton-growing season and the measures to be taken in 2020.

The head of state made an opening speech at the meeting.

President Ilham Aliyev made a closing speech at the meeting.

The head of state then gave instructions and recommendations on further development of cotton-growing.