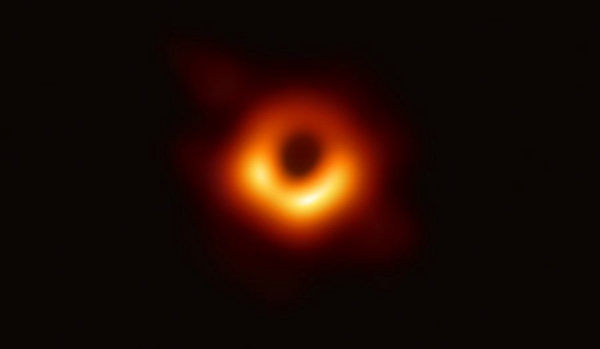 The Event Horizon Telescope's image of a supermassive black hole was named on Thursday by the influential U.S. journal Science as 2019's Breakthrough of the Year, AzVision.az reports citing Xinhua.

The close-up image of the black hole that lies at the center of Messier 87 (M87), a galaxy nearly 55 million light-years from Earth, helped reveal one of the darkest and most elusive phenomena in the known universe.

"Seeing is believing," said H. Holden Thorp, editor-in-chief of Science journals. "For a skeptical public that often rolls their eyes when they hear scientists say that they know things exist even though they cannot be seen, this is one more important object that we can see."

Until recently, few astronomers imagined such an image was even possible since black holes are very small by cosmic standards and by definition emit no light.

A team of more than 200 scientists including Chinese astronomers worked to capture and develop the image, thanks to a global network of eight pre-existing telescopes called Event Horizon Telescope. The work has highlighted the importance of global collaboration in achieving scientific breakthroughs.

Thursday's news came amid growing concerns among the scientific community over the U.S. inclination to impede scientific cooperation with China. In October, the Chinese delegation was unable to attend the International Astronautical Congress (IAC) held in Washington, D.C. after failing to obtain U.S. visas, prompting wide criticisms of U.S. practice of visa weaponization.

"This was a great year for science, but what could be more wondrous than actually seeing a black hole? It sounds like magic, but it was really an astonishing feat of teamwork," said Tim Appenzeller, Science's news editor.

Another achievement listed in 2019 Breakthrough of the Year went to the discovery of a 160,000-year-old fossil of a Denisovan jaw in the Qinghai-Tibet Plateau in China. This study done by Chinese and German scientists was picked up by more than 34,000 Science magazine readers as the top breakthrough of 2019 for People's Choice.

The fossil study brought more information about what the human being's ancient relative looked like, and heralded a potential protein-based revolution in understanding ancient life.

Other runners-up to the ten breakthroughs include Google's claim that they had used a quantum computer to calculate something no ordinary computer could, reaching a milestone known as quantum supremacy.

In another advance, a sediment core extracted from undersea helped replay the devastating scenario after an asteroid hit Earth 65 million years ago, which led to a hailstorm of debris that finally extinguished all dinosaurs.

Another inclusion in this year's list is an artificial intelligence program which beat some of the world's best players in the most popular version of poker, no-limit Texas Hold 'em.

Also, NASA's New Horizons spacecraft captured a picture of a 36-kilometer-wide object some 6.6 billion kilometers from Earth, revealing more information about the beginning of solar system.

New drugs for Ebola and cystic fibrosis patients, and a supplement for malnourished children were listed as another three runners-up, all relating to the improvement of human's health.