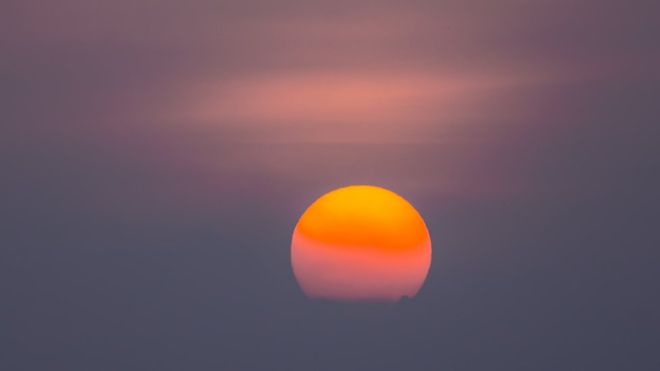 Next year will continue the global warming trend with temperatures again likely to rise more than one degree above pre-industrial levels.

The year ahead is set to extend the series of the warmest years on record to six in a row.

The world first broke through one degree above pre-industrial temperatures back in 2015.

Each year since then has seen temperatures close to or above this mark.

The warmest year on record is 2016 when a strong El Niño made a significant difference.

This weather phenomenon sees sea surface temperatures increase in the central and eastern Pacific and it's associated with a range of impacts around the world, including the overall global level of warming.

According to the Met Office, the chances of a strong El Niño in 2020 are low.

They forecast that the global average temperature next year will be in the range of 0.99C to 1.23C with a central estimate of 1.11C. The researchers say that the key factor will be emissions of CO2 and other warming gases.

"Natural events - such as El Niño-induced warming in the Pacific - influence the climate system, but in the absence of El Niño, this forecast gives a clear picture of the strongest factor causing temperatures to rise - greenhouse gas emissions," said Professor Adam Scaife, the Met Office head of long-range prediction.

According to researchers, carbon dioxide emissions this year have risen slightly, despite a drop in the use of coal.

The Global Carbon Project's annual analysis of emission trends suggests that CO2 will go up by 0.6% in 2019.

The rise is due to continuing strong growth in the utilisation of oil and gas.

The scale of emissions has a direct bearing on temperatures, scientists say.

Provisional figures released earlier this month by the World Meteorological Organization (WMO) suggest 2019 is on course to be the second or third warmest year ever.

If those numbers hold, 2015-2019 would end up being the warmest five-year period on record.

The Met Office say they have confidence in their prediction for 2020 based on what's happened in previous years.

This time last year they estimated that 2019 would be 1.10C above the 1850-1900 mark. The actual temperature recorded this year from January to October shows a global mean 1.11C.

"The forecast for 2020 would place next year amongst the six warmest years on record, which would all have occurred since 2015," said Dr Doug Smith, a Met Office research fellow.

"All of these years have been around 1.0C warmer than the pre-industrial period."

With temperatures keeping close to the one degree mark, there will be renewed concern from scientists that the world is on track to breach the 1.5C limit that many researchers say is the threshold of increasingly dangerous impacts.

2020 will see a major push to get countries to ramp up their plans to ensure the world stays below the 1.5C mark.

The recent COP25 summit in Madrid saw several key issues kicked down the road to Glasgow where countries from all over the world will meet next November.

The critical issue of increasing ambition to curb emissions is set to dominate the discussions, which will be presided over by the UK.