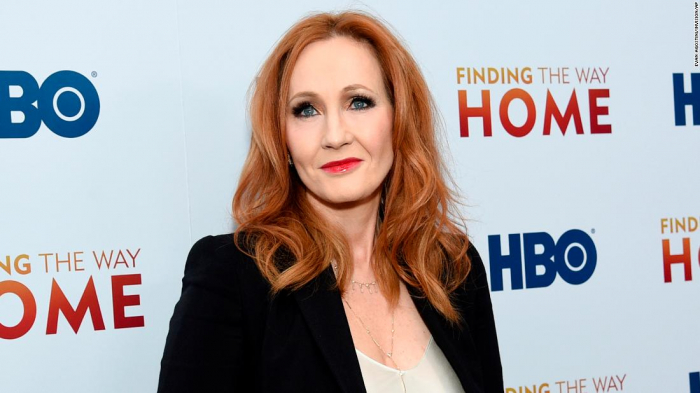 For some of her fans, J.K. Rowling has lost her magic.

The "Harry Potter" author has been labeled "cruel," "transphobic" and a "bigot" after tweeting in support of Maya Forstater, a woman who lost her job after suggesting that transgender people cannot change the biological sex they were born with.

What is this spat about?

Forstater, a tax expert, lost an employment tribunal claim against her former employer following comments on Twitter criticizing UK government plans to allow people to self-identify their gender. The decision was published earlier this week and Rowling questioned it on her Twitter account on Thursday.

The author tweeted: "Dress however you please. Call yourself whatever you like. Sleep with any consenting adult who'll have you. Live your best life in peace and security. But force women out of their jobs for stating that sex is real?" followed by the hashtag #IStandWithMaya.

Some of Rowling's LGBTQ readers were bitterly disappointed with the author's stance. Many said her views on the rights of transgender people seem to go against the spirit of the "Harry Potter" books, which champion inclusivity and the idea of being proud of one's identity.

"As a gay man that found safety in Hogwarts throughout my childhood -- knowing that Trans people wouldn't be able to have that safety breaks my heart," said one of those disheartened fans, campaigner Shahmir Sanni.

For others, Rowling's support for Forstater was a bold act. Forstater, who identifies as a feminist, has long argued that it is "impossible to change sex" and that allowing people to self-identify as a man or a woman would "undermine women's rights and protections for vulnerable women and girls."

Don't feminists campaign for the equality of all?

The view that one's birth sex cannot be changed is a view held by some feminists in the UK. Their voices became louder on the matter after the government opened a consultation into a possible reform of the Gender Recognition Act last year.

Under UK law, people who wish to legally change their gender have to undergo a medical assessment, provide evidence that they have lived in their gender for at least two years and get permission from their spouse or end their marriage. The application, which costs £140 ($182) is then considered by a panel.

In the consultation document, the government suggested reforming the law in a way that would allow transgender people to declare that they intend to live the rest of their lives as their transitioned gender instead of having a medical assessment.

The current process requires the applicant to have a diagnosis of gender dysphoria, a condition defined by the distress caused by the discrepancy between a person's body and their gender identity.

The idea sparked a furious debate. Some radical British feminists argued the reform would lead to the presence of people they perceive as male-bodied in spaces that are designed to make women feel safe, such as women-only shelters.

Writer and campaigner Helen Saxby was one of those who voiced her support for Forstater and Rowling. "If we are forced to say 'transwomen are women,' women's rights disappear overnight, and we are left with people's rights," she said on Twitter, adding: "People's rights favour men because men are the default people. That's why we fought for women's rights in the first place."

Saxby is just one of many who supported Forstater. A crowdfunding campaign to cover her legal fees has raised $120,000 so far.