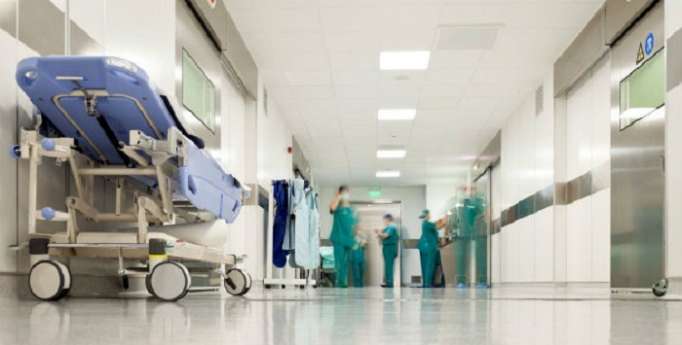 Five people were hospitalized after Christmas shoppers were crushed in a midnight balloon drop of gift vouchers at a Sydney suburban shopping center.

Video footage showed people at the Westfield Parramatta shopping center jostling for the gold, silver and white balloons containing the gift cards. As the crowd surged, shoppers were sent sprawling, including one person dressed as Santa Claus.

Jonathan Nott, who took the footage, said he was worried someone would get hurt as the crowd gathered.

“It did not look like a very safe area for a large crowd to scramble for balloons.”

Paramedics called to the scene treated 12 people. Four men and one woman were taken to hospital.

“Three of the transported patients had more serious issues including traumatic chest injuries, neck and back pain as well as nausea and dizziness,” NSW Ambulance Inspector Phil Templeman said in a statement.

Scentre Group, which owns the Westfield chain in Australia, said that it was investigating the incident.

“The safety of our customers, retail partners and people is our priority,” a spokeswoman said.

“Our team acted swiftly to support our customers, contact emergency services and make the area safe. Our team are continuing to speak with affected customers directly.”