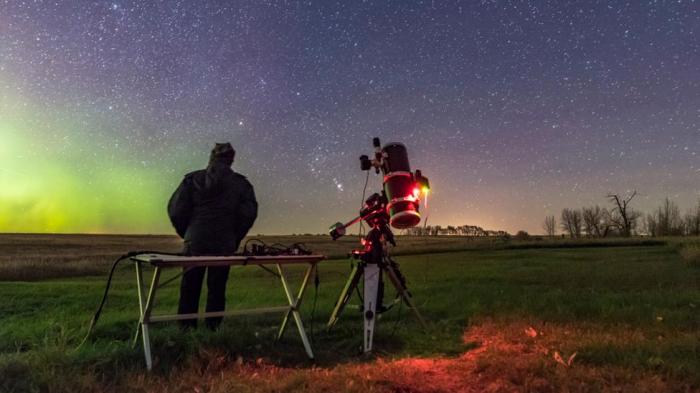 The celestial patterns we see after dark have helped humans to set calendars and navigate for millennia, but could controversial new artworks change our view of the heavens?

Daubed on the rough walls of a cave in southwestern France are magnificent paintings of wild cattle, bison, horses and birds.

They were left there by a prehistoric artist around 40,000 years ago. Above the shoulder of one bull are a series of seven dots that suggest these early human artworks hide a starry secret.

These dots, scientists suggest, represent a bright cluster of stars that form part of constellation Taurus, which hangs in the night sky above Europe during the winter. If correct, it suggests these early human settlers in Europe understood far more about the positioning of the stars than we could have suspected.

Thousands of years later, the ancient Romans picked out similar shapes from the pinpricks of light created by distant balls of fire. Later still the Vikings and European explorers used the same stars to help navigate their way to new lands.

Among the 6,000 stars potentially visible with the naked eye from Earth, there are a few easily identified markers of the night sky that have particular significance. Polaris, or the North Star, has been used by sailors for thousands of years to help them navigate because it appears to remain stationary to those in the Northern Hemisphere. The Moon, with the night time luminance providing a comforting presence in the dark, has helped us mark the passage of the months as it waxes and wanes. Telescopes have more recently provided us the opportunity to glimpse the more turbulent universe beyond our own solar system, where violent supernovae and supermassive black holes capable of swallowing entire galaxies lurk. 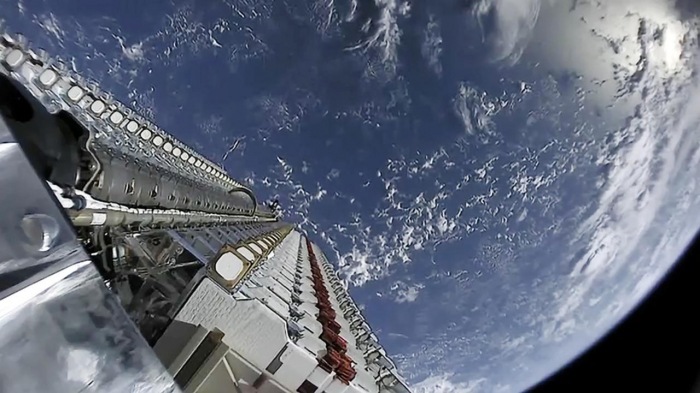 SpaceX recently launched 60 of its Starlink satellites into orbit, which formed a "train" of artificial stars visible from Earth as they were deployed (Credit: SpaceX)

The arrival of the space age has also meant our view of the heavens can be artificially altered. Thousands of satellites and the odd space station can be spotted as if the sunlight reflects in the right way off their surfaces as they orbit, causing them to resemble stars moving steadily across the sky. The International Space Station (ISS), which circles the Earth 250 miles (400km) above us every 92 minutes, is the third-brightest object in the sky.

But for the first time in human history, the heavens are about to be deliberately altered in ways that will completely transform our view of the star-scape above us at night. Huge arrays of satellites and orbiting artworks, could create new manmade “stars” that will become night-time fixtures for future generations.

Our growing reliance upon space technology is already causing the sky to become ever more crowded as hundreds of new satellites are launched each year. While most of us might only catch a fleeting flash of one as they pass over head, they are already posing a problem for astronomers looking out across the Universe.

“Just as we have light pollution in cities, preventing us from seeing fainter stars, they [satellites] have a similar effect and even with larger telescopes it’s still a difficult thing to combat,” says Hannah Baynard, an astronomer at Royal Observatory Greenwich, in London.

While some may argue that the services provided by these satellites are worth a celestial makeover, there are plans to place new types of spacecraft into orbit that will have purely aesthetic purposes.

Russian start-up StartRocket has revealed it wants to launch an array of up to 300 small satellites with retractable reflective sails into low earth orbit. Once there they can be arranged like pixels on a screen to depict company logos as star-like constellations as they catch the light from the sun. It would mean that for approximately six minutes a night, we could look up and gaze upon the first commercially branded constellations. 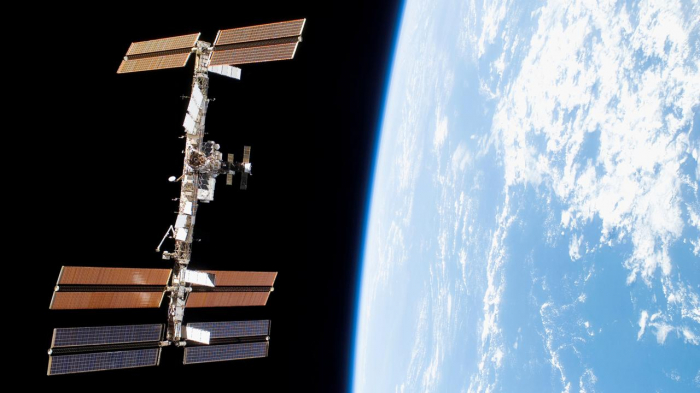 The International Space Station can occasionally be seen streaking across the night sky when its solar arrays are angled to reflect sunlight in the right direction (Credit: Nasa)

So far, the firm has successfully launched a “light pixel” probe into the stratosphere that has reflective film attached to it that works like a mirror, which StartRocket says could be seen from Earth. But sending a fleet of satellites into orbit to fly in formation will be far more technically challenging, while raising the money to pay for the array could also be a major stumbling block. StartRocket says it hopes to start its new service in 2021 by displaying a peace sign in the sky.

The company has insisted its satellites will not fly over nature reserves or be visible outside major cities but the plan has met with strong opposition from those who peer into the heavens, both professionally and as a hobby.

“Capitalism has reached stratospheric heights,” says Ghina Halabi, an astrophysicist at the University of Cambridge, UK. “I’m 100% against this space pollution and commodification of the night sky.”

But StartRocket is not alone. A Chinese company announced last year its ambitious plans to create a “fake moon”,' which according to reports in China could be launched by 2020. The reports gave no details about what it would look like or how it would work, but the chairman of the neatly named Chengdu Aerospace Science Institute Microelectronics System Research Institute Co Ltd, was reported to say it would reflect sunlight across an area of between six miles (10km) and 50 miles (80km). 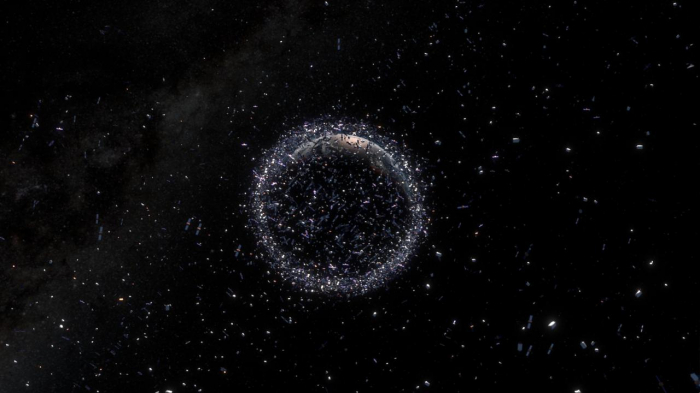 Space agencies like Nasa and Esa track debris and junk that is orbiting the Earth in case it poses a hazard to operating spacecraft (Credit: Esa)

He also told reporters that it would have a brightness "eight times" that of the real Moon. But since the initial announcement there has been no update about the project.

They are not the first projects to attempt to install new star-like works of art in the sky. Another bid to launch a diamond-shaped reflective sculpture into orbit in 2018 failed. Nevada Museum of Art partnered with artist Trevor Paglan to launch Orbital Reflector. If successful it would have looked like a new star from Earth. The aim was to highlight the politics of space and question who has the right to use, commercialise and weaponise space.

But after launch the project was hit by a US government shutdown, preventing the team from getting permission to deploy the reflector and the team lost contact with the artwork 35 days later.

Paglan, however, hopes the orbiting sculpture may still bloom into being if short circuits as its electronics degrade accidently trigger the inflation sequence.

“I think of Orbital Reflector’s current state as being in a state of unknown possibility, like an unopened present circling through the night sky,” says Paglan. “And I, for one, will keep my eyes on the stars, knowing that at any moment, a new one might spring to life.”

For now, the Orbital Reflector has merely added to the growing mass of space junk – pieces of old spacecraft, decommissioned satellites and even frozen toilet waste – orbiting our planet. 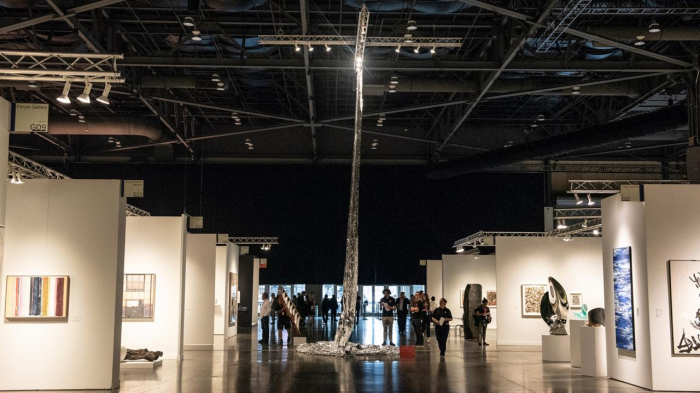 The Orbital Reflector, seen here on display at the Seattle Art Fair, was intended to be the world's first space sculpture (Credit: Getty Images)

“I think it’s arrogant and conceited to think a human can add art installations to ‘beautify’ something as sublime as the heavens,” says Halabi.

But William Fox, director of the Center for Art and Environment, Nevada Museum of Art, believes there is great value in using the heavens as canvas for human works of art.

“Space art provides a larger frame in which to regard ourselves on the planet,” he says.  Indeed, prehistoric cave paintings hint that it is in our nature to try and understand our surroundings using artwork.

Of great concern, however, is the risk projects like this will pose to other spacecraft. The space around Earth is already looking increasingly crowded.

China has plans to build its own space station, which would also be visible periodically with the naked eye if completed. SpaceX has also been granted permission to launch nearly 12,000 Starlink satellites to provide broadband internet access in remote locations. The first 60 of the Starlink satellites were launched in May at an altitude of 273 miles (440km), something that was immediately spotted by star-gazers.

“When SpaceX’s Starlink went up – launched in a big long line – they all looked very bright because they started out in a very low orbit,” Baynard says. However, SpaceX says the satellites will grow fainter as they move into higher orbits. 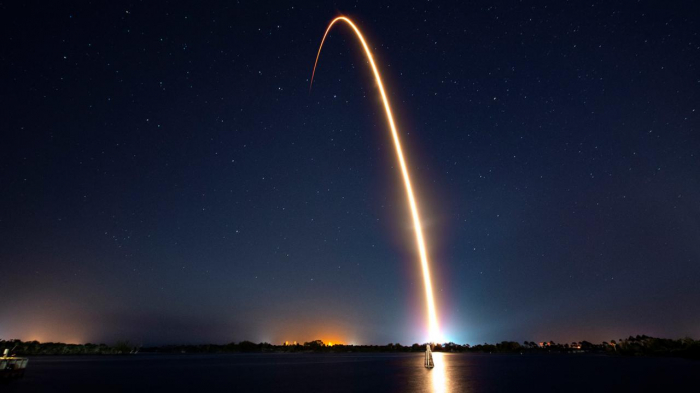 As more satellites are launched into orbit, the space around our planet will become increasingly crowded (Credit: SpaceX)

Eight other companies are also planning satellite internet service, including Amazon’s subsidiary Kuiper Systems, recently filed an application for permission to launch 3,236 broadband satellites. Both SpaceX and Amazon insist they are addressing concerns about the potential light pollution their satellites might cause.

But with all these extra objects in the sky, there is a growing risk of accidents too.

There is already around 8,400 tonnes of debris and junk currently racing around the Earth as speeds of up to 18,000mph (28,800km/h). This hail of debris can damage and even destroy satellites if they collide – in 2009, a defunct Russian satellite smashed into a functioning US commercial satellite, breaking both spacecraft into at least 2,000 pieces, dramatically increasing the amount of debris in orbit in the process.

Nasa currently tracks thousands of pieces of debris down to the size of a marble and regularly performs avoidance maneuvers to keep its satellites safe. The International Space Station has also had to make several maneuvers to avoid debris during its 20 years in orbit. (Read more about the quest to clean up space junk.)

“These incidents will be more commonplace as the skies become a crowded debris field of surveillance, communication and spy craft,” Halabi warns.

While there are international regulations in place to limit the increase in space debris and some have proposed clean-up to capture junk in nets, there are some who think a solution could be to turn the junk itself into art. 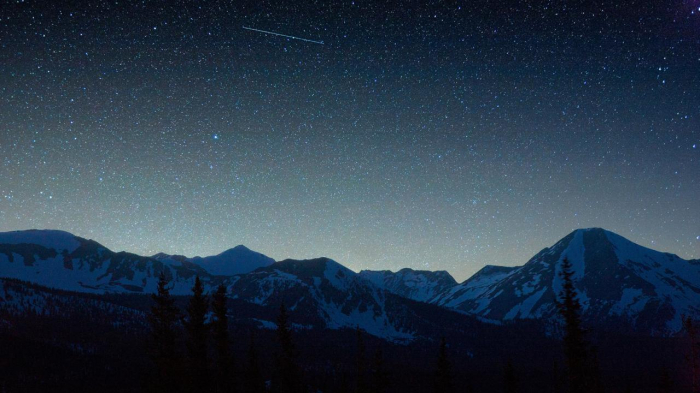 Burning space junk up in the atmosphere could create meteor showers on demand that would outshine even the most spectacular fireworks display (Credit: Alamy)

Dutch artist and innovator Daan Roosegaarde is working with the European Space Agency (Esa) on a Space Waste Lab to come up with innovative ways of tackling the growing space junk problem, including turning space junk into artificial shooting stars that could light up the sky like fireworks. The plan involves guiding fragments of debris down into the Earth’s atmosphere where they would burn up at a chosen time.

“If space junk isn’t waste, but is a resource, that changes the discussion and adds value,” says Roosegaarde. He claims the project could be realised within three years.

If successful, it will resurface questions that humankind has wrestled with since our ancestors left their mark inside those caves in France. Are the paintings of animals and artificial stars merely aesthetic adornments or a sign of something more profound? Are they a mark of our own ingenuity? Or are they simply graffiti, desecrating of the awe-inspiring surroundings we find ourselves in.

As ever, beauty will be in the eye of the beholder.