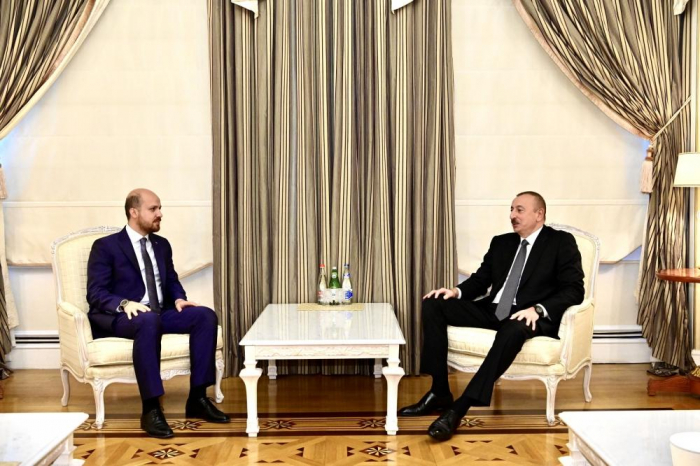 On behalf of Turkish President Recep Tayyip Erdogan and on his own behalf, Bilal Erdogan congratulated President Ilham Aliyev on the occasion of his birthday and wished him the best of health and success in his activities for the prosperity of the people of Azerbaijan.

President Ilham Aliyev thanked for the congratulations and attention and pointed out his today’s phone conversation with President of the Republic of Turkey Recep Tayyip Erdogan.

The excellent organization of the final stage for the President Cup of the Chovgan National Horseback Sport Games was hailed, the importance of bilateral cooperation between the two countries in developing national sports was underlined at the meeting.