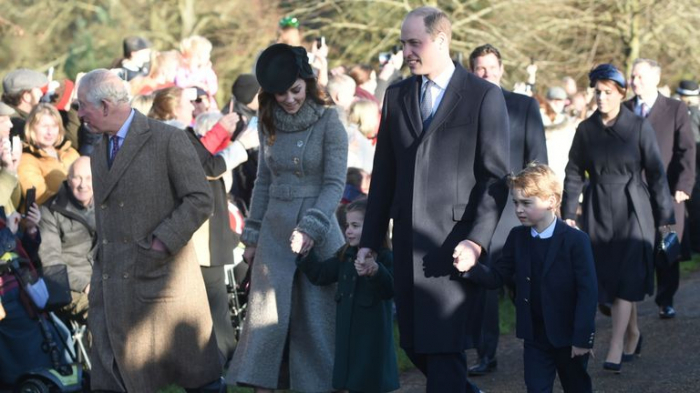 Prince George and Princess Charlotte made their first appearance at the Christmas morning service in Sandringham.

Prince Andrew has arrived at church in Sandringham walking side by side with his brother Prince Charles as the royals celebrate Christmas.

The Duke of York has kept a low profile since leaving his public role in the family amid the scandal of his friendship with Jeffrey Epstein.

He was not expected to walk in with the Queen as he has done in years gone by, and instead walked in perfect unison with Prince Charles.

He only attended the 9am service, and was not present for the traditional 11am service.

The Queen arrived at church by car for both the 9am and 11am services, though she was not joined by her husband Philip this year.

He was discharged from hospital yesterday after spending four nights in King Edward VII's in central London receiving treatment for a pre-existing condition.

The Queen changed between the two services, arriving for the second of the day in a red ensemble.