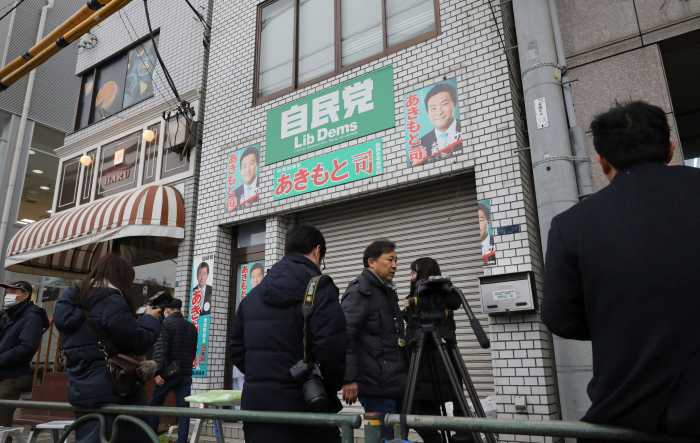 Japanese prosecutors on Wednesday searched the office of ruling Liberal Democratic Party lawmaker Takaki Shirasuka as part of a bribery investigation that saw another politician arrested earlier in the day, media said.

Tokyo prosecutors searched Shirasuka’s local office in Chiba Prefecture east of the capital, in connection with the probe of fellow LDP lower house lawmaker Tsukasa Akimoto, who was arrested on suspicion of accepting bribes from a company interested in setting up a casino in Japan, public broadcaster NHK and Kyodo news said.

Prosecutors did not respond to a request for comment. Officials at Shirasuka’s offices in Tokyo and Chiba could not immediately be reached.