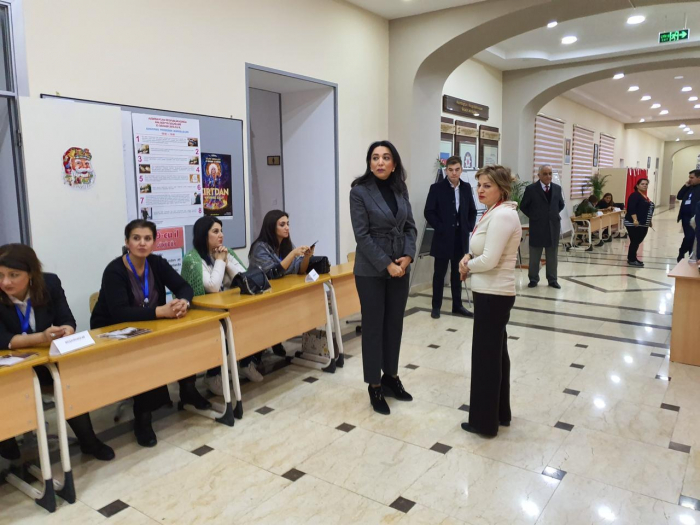 One of the main activities of the Office of the Azerbaijani Commissioner for Human Rights (Ombudsman) is to ensure and protect the electoral rights of citizens, AzVision.az reports citing Trend.

The representatives of political parties, NGOs, as well as non-party observers were monitoring the voting process in an atmosphere of mutual respect.

No facts of interference by the representatives of state structures, including the executive power bodies and the police were registered during the observations.

The electoral rights were ensured in the proper manner. All conditions were created for citizens to participate in the election process, including people with disabilities, the elderly and those suffering from various diseases.

During the observations, it was revealed that the polling stations were provided with special devices that read the information from the new generation identity cards. The Central Election Commission (CEC) installed webcams in many polling stations and all conditions were created to monitor the voting process.

At the same time, minor shortcomings which did not affect the election results were registered. These shortcomings were eliminated by the chairmen of the poling stations and the district election commissions were informed about them.

The Azerbaijani commissioner for human rights and the CEC hotline received no complaints related to the violation of electoral rights.

“The municipal elections in Azerbaijan were held in accordance with the Constitution, the Electoral Code and international standards,” the Office said. “This once again proves that Azerbaijan is committed to the principles of building a legal, democratic state, ensuring human rights and strengthening the traditions of national statehood.”