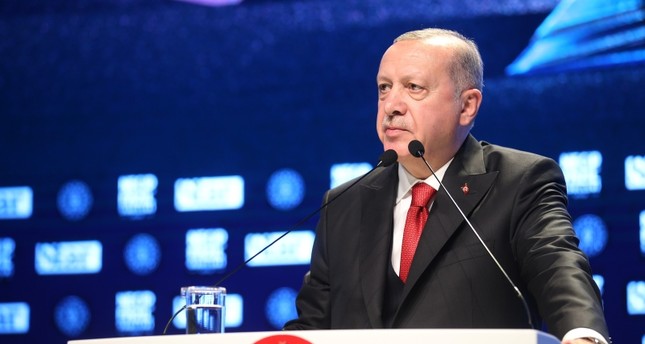 President Recep Tayyip Erdogan said Turkey will introduce a bill to send troops to Libya as soon as the Parliament resumes, in response to the country's invitation, AzVision.az reports citing Daily Sabah.

Erdogan said the military mandate to send troops to Libya will be on the parliament's agenda when it resumes on Jan. 8-9.

"They support a warlord but we support the legitimate government and accept their invitation to send troops. This is what makes us different," Erdogan said.

The president reiterated Turkey's determination to provide the necessary assistance to the Tripoli administration, which he said is fighting against "putschist commander Haftar, supported by various European, Arab countries."

United Arab Emirates (UAE) and Egypt-backed Haftar wages a war against the country's legitimate U.N.-backed Government of National Accord (GNA).

Erdogan also urged Europe to take action in the face of a humanitarian crisis in Syria's Idlib province.

"European countries need to shoulder the responsibility to ensure stability in Idlib and prevent another wave of mass migration," Erdogan said.