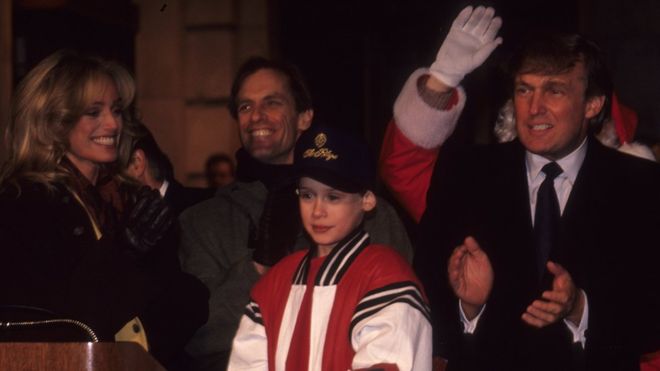 CBC spokesman Chuck Thompson said eight minutes of the 120-minute film had been trimmed to make way for commercials.

He said the edits were made in 2014, before Mr Trump was elected, and were not politically motivated.

The edited film was shown by CBC earlier this month, prompting criticism from Mr Trump's supporters.

His son Donald Trump Jr tweeted a link to a story on Thursday that called the edit 'pathetic'.