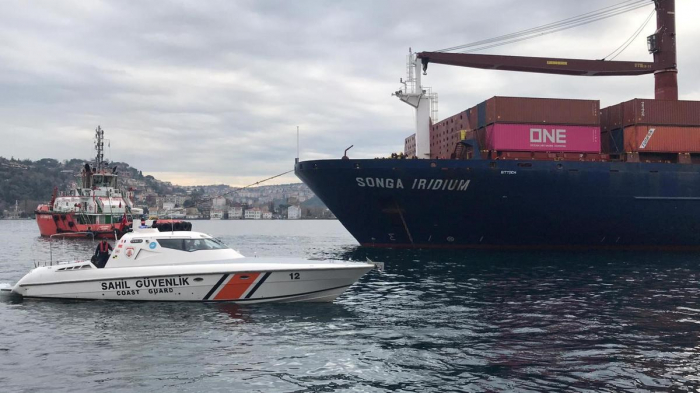 A cargo ship has run aground on Istanbul’s coast, according to local media reports.

The Liberia-flag ship ran aground in Turkey on Friday, and no casualties have yet been reported.

The crash led authorities to close the Bosphorus, the picturesque and crowded waterway running through Turkey's largest city.

There were no immediate reports of casualties, CNN Turk said. It had reported that the ship crashed into buildings, but photos showed the ship hitting the shore.

The Tribeca Shipping Agency said the Bosphorus was closed to traffic.

The container ship, called the Songa Iridium, according to CNN Turk, was built in 2008.