Over 50 Syrian refugees arrive in Ireland 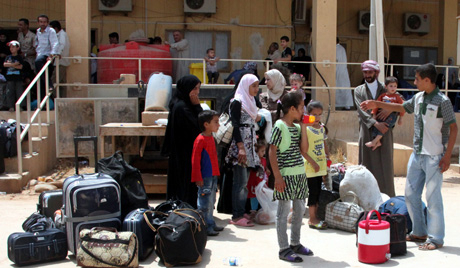 Over 50 Syrian refugees including 28 children aged under eight arrived in Ireland on Monday and will be resettled in the country under the Irish Refugee Protection Programme, AzVision.az reports citing Xinhua.

These refugees who belong to 11 families came in a flight from Beirut of Lebanon into Dublin Airport earlier in the day and have been temporarily put up at Mosney Accommodation Center in County Meath, which lies some 40 km north of Dublin.

They will be offered integration courses, including learning English, during their stay at the accommodation center before being settled in communities across the country, the report said, adding that they have been granted refugee status by the United Nations after having spent years in refugee camps in Lebanon.